This prolific early war tank was a key part of the Wehrmacht’s Panzer divisions even though it was never made in Germany.  It’s derivatives would remain in production past the war’s end. 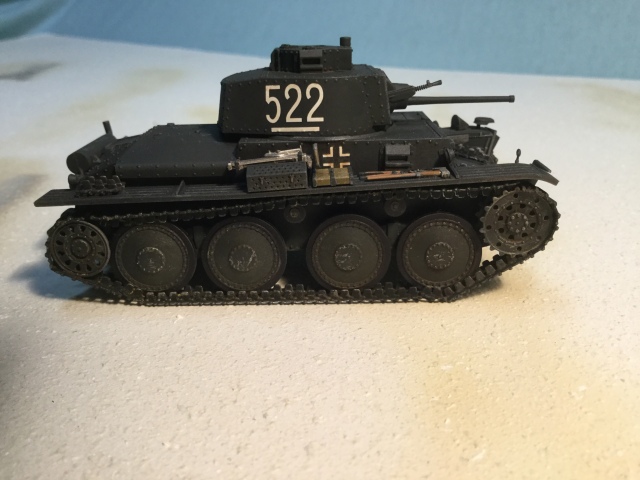 Join me for a look at an important light tank.

The Panzer 38(t) started as the LT-38 from Czech tank builder CKD.  This was a simplification of the earlier LT-35 that CKD had built in partnership with Skoda.  Once Germany took over Czechoslovakia in 1938 they assumed control of the manufacture and sales.  The designation is obviously derived from the original type name and the “(t)” suffix is simply from the German word for “Czech”. 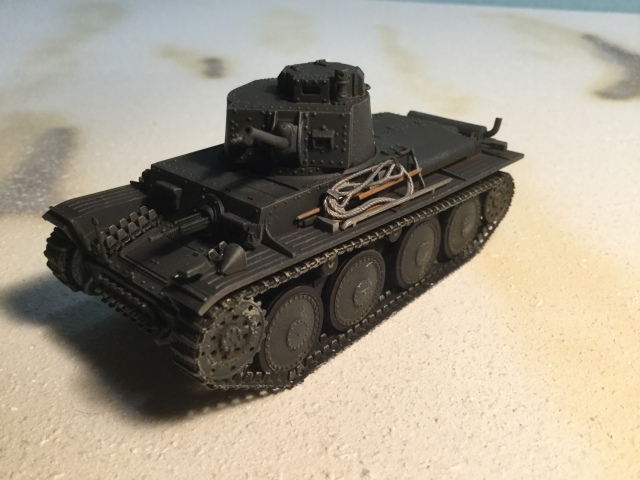 Germany was going through rapid expansion and modernization of its military at this time, and the 38(t) was to play a key role.  It fit somewhere between the Panzer II and Panzer III in capability and was considered both a light and medium tank in different ways.  It was about the size of the Panzer II.  It’s armor was slightly heavier than the II, but Czech armor was of a slightly lower quality than German armor (more brittle).  A big asset was its main gun, the Skoda 37 mm was far more powerful than the 20 mm on the Panzer II; really equal to the 37 mm on the Panzer III. 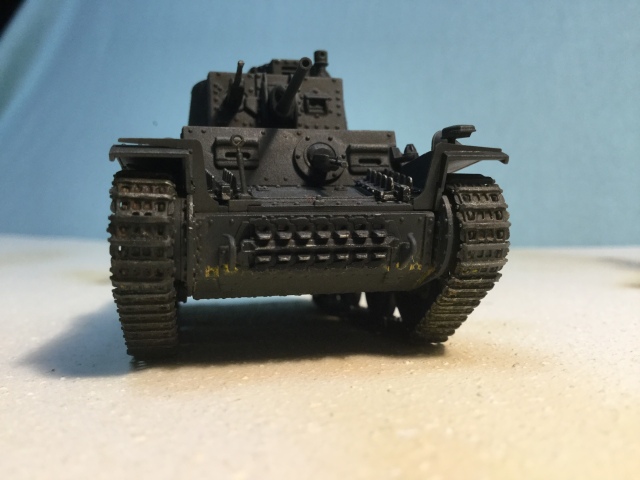 Armament of 37 mm main gun and two light machine guns. The turret mounted machine gun can lock to track with the main gun, or be released to aim independently.

But the greatest strength of the little Czech tank was its drive train and overall reliability.  With a high travel speed (over 25 mph) and reliability it could easily cover twice the distance in any given time as German types.  It was also considered comfortable and simple by its crews.  These features were strong enough for the platform to be developed as a tank destroyer after it was obsolete as a tank.  In its final guise it was being produced for the Swiss Army until 1960.

The riveted armor is archaic.  It was cheap, but could become deadly to the crew if driven into the vehicle.

This example is from the Tamiya kit and depicts a tank that served in the early phases of Barbarosa, the German invasion of the Soviet Union. 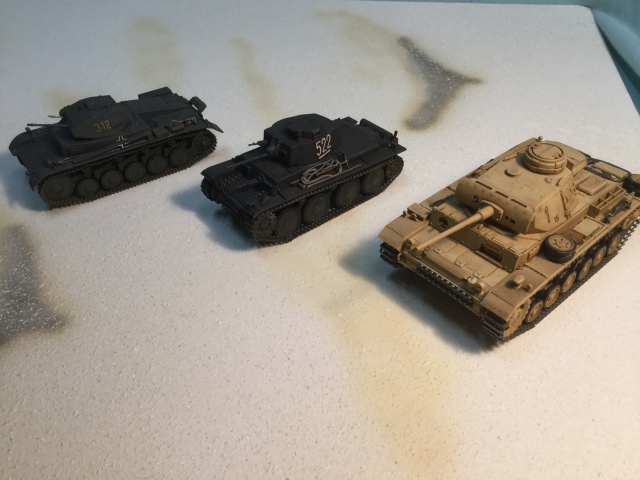 The Panzer 38(t) is about the same size and capability at the Panzer II at left, except its 37 mm main gun gave it the same hitting power as early versions of the Panzer III at right.

The Panzer 38(t) was a reliable platform; so it saw further development as first the Marder III (with a captured Russian anti-tank gun mounted on the turret ring) and the Hetzer (or Panzerjager 38(t)) a more extensive rebuild featuring a 75 mm anti-tank gun on a redesigned, low profile body.

I'm 5o-something years old and live in Ypsilanti, Michigan. I'm happily married to Jodie. I was an air traffic controller for 33 years and recently retired; grew up in the Chicago area, and am still a fanatic for pizza and the Chicago Bears. My main interest is military history, and my related hobbies include scale model building and strategy games.
View all posts by atcDave →
This entry was posted in Armor, Czechoslovakia, Germany and tagged Scale Models, Tank Models, World War II. Bookmark the permalink.