The Germans were masters of retasking obsolete equipment.  The Hetzer is one excellent example of an outdated tank chassis finding new life as a tank destroyer.

After the jump, a late war tank hunter.

At the start of World War Two Germany’s most numerous medium tank was the Czech built Panzer 38(t).  This was roughly the size and capability of the German Panzer III.  This seems to be one of those dirty little secrets.  Most buffs are familiar enough with the type, but it never seems to have penetrated main stream awareness.  Maybe its no big deal.  But the Skoda Arms Works had long been a major manufacturer in Europe and their designs were used all over the world.  The 38(t) was a reliable and well made little tank, that quickly entered obsolescence as tanks grew bigger and more dangerous. 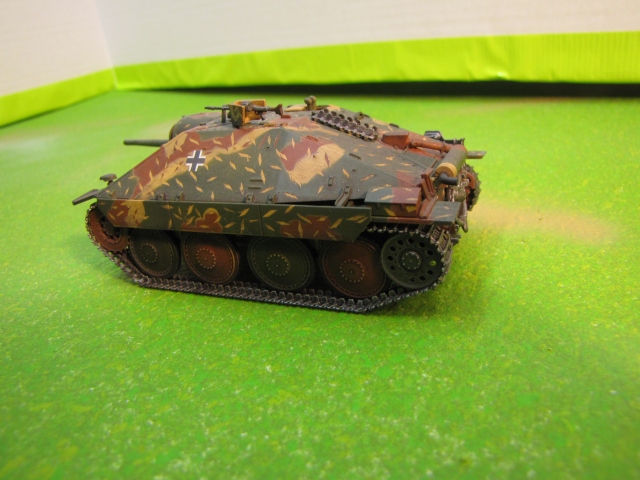 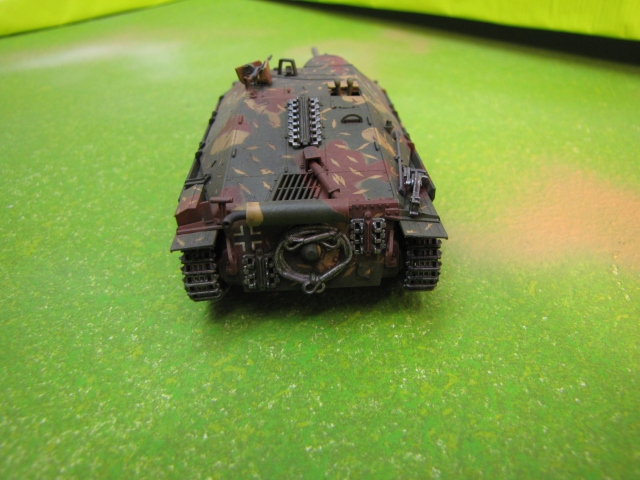 The Germans were apparently not eager to farm out their newest and biggest hardware, but had no desire to see a major builder sit idle either.  So a decision was made in 1943 that Skoda would build a tank destroyer on the chassis of the 38(t).  The design was derived from a project originally commissioned by Romania.  A 75 mm anti-tank gun was mounted on low box with thick armor and good angles.  The result was a tough little destroyer that was ideal for ambush attacks.  Like other vehicles of this sort it sacrificed the versatility of a true tank with the elimination of the turret.  And the big gun on a little box meant for a very cramped interior.  Additionally the weight of the armor reduced the reliability the type had previously been known for (very hard on suspension and road wheels).  But when the type was introduced to service in July of 1944 it quickly proved itself for the type of warfare the Germans were now faced with. 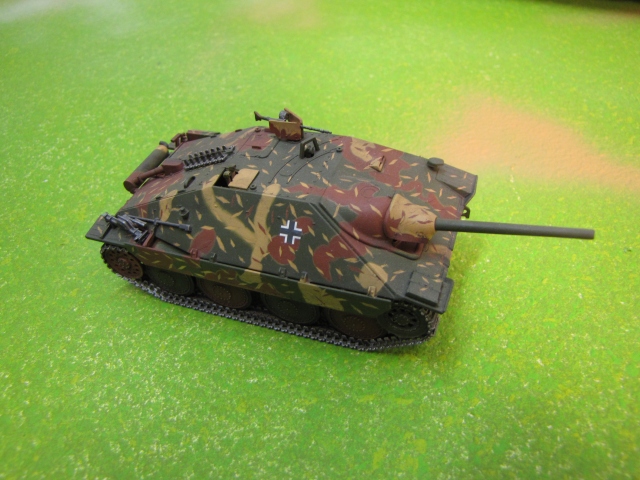 Apparently the name “Hetzer” (“Baiter”) is somewhat disputed.  General Guderian claimed, in a letter, it was nickname bestowed on the type by its crews.  Skoda used the name on a similar tank destroyer, but not the 38(t).  During the war it was only the Jagdpanzer (“tank hunter”) 38(t) in German documents.  But post-war the “Hetzer” name came to be frequently used for it.

This is the Tamiya kit.  The subject was captured in France, 1944.  This is a common type to see in museums and with re-enactors.  With over 2800 built, many seeing service post war with Hungary, Czechoslovakia and Switzerland, there are plenty still around.

The shape of late war German armor. Hetzer and Tiger

Up Next: Nakajima A6M2-N Rufe