One of the more dangerous float planes ever built (!), the Rufe was Japan’s solution to having far flung bases on tiny islands.

After the jump, a look at the float Zero.

This plane is pretty much exactly what it looks like, an A6M2 Zero on floats.  As Japan was planning on expansion across a large area that would include many remote bases with no airstrip, this seemed like an obvious solution.  The Zero was being built by both Mitsubishi and Nakajima (unlike in USN usage, both aircraft carried the same “A6M” designation).  The Navy felt Nakajima had more floatplane experience, so Nakajima was ordered to develop and produce a float variant of the Zero.  Over 300 would be built. 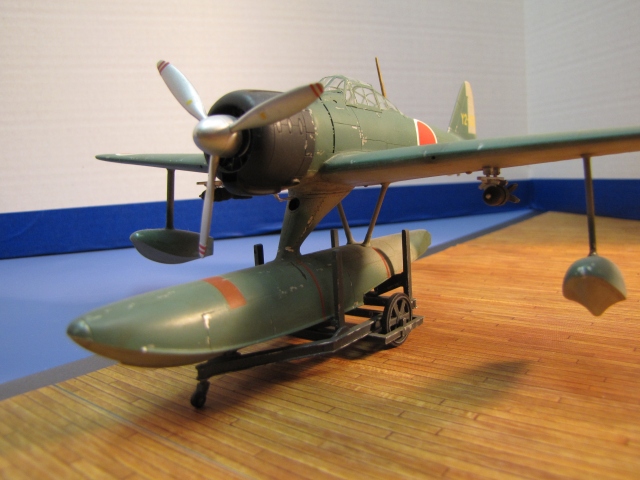 This is a good view of the beaching gear. As a pure float plane, the Rufe had no wheels; but after a water landing it would taxi to a beaching ramp and be pulled onto this dolly to pull it up on shore. Also note the very light structure for attaching the floats. This was so the Rufe could still fly like the Zero it was! This is perhaps the most maneuverable and aerobatic float plane ever built. 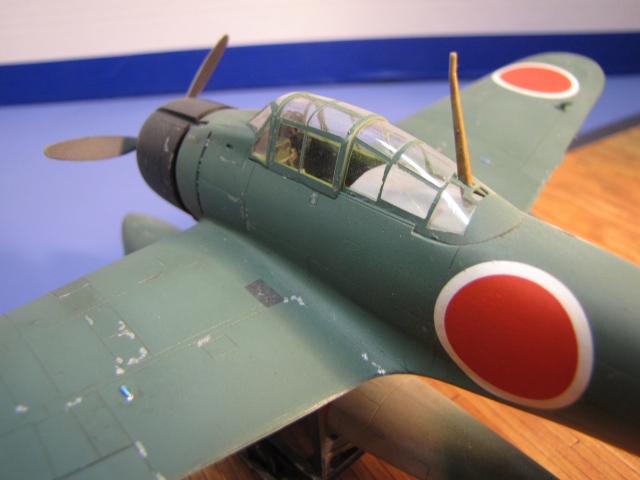 All Rufes were delivered in the early war all grey color. But in early 1943 this aircraft received a coat of Navy Green camouflage all over, except under the canopy!

The floats took about 60 knots off the type’s top speed.  This meant that it would never be a match for a more conventional fighter plane, even a first generation sort like an Airacobra or Wildcat.  But when used at remote bases, where it would mostly face long range patrol and bomber types it could perform a valuable service.  Unfortunately for pilots of the Rufe, the US quickly responded with long range fighters and carrier air power that meant bombers were rarely left unescorted.

The US and Britain had considered similar projects, for the same reasons.  Protoypes flew of float Spitfires and float Wildcats.  But an aggressive use of Naval Construction Battalions to build airfields in record short times, and Escort Carriers to provide air cover for almost every assault convoy eliminated the need for the allies. 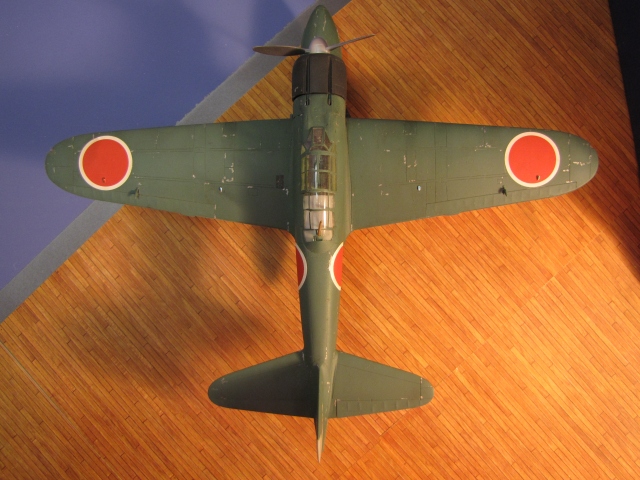 This particular subject is from the Hasegawa kit with Aeromaster decals.  It represents a less common usage of the type.  It was based on the seaplane tender IJN Kamakawa Maru.  As such it worked with a full air group of float attack and reconnasaince planes, basically a small air base of float planes.  This was based in the Shortland Islands in 1943 as a part of the extended Guadalcanal and Solomons campaign. 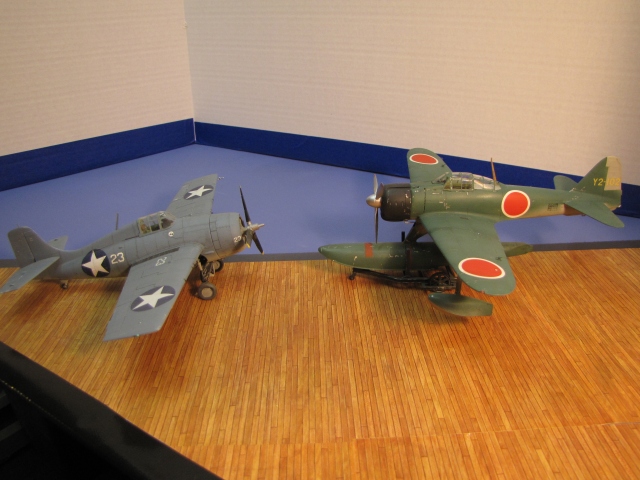 Deadly rivals in the Solomon Islands, 1943. The Wildcat would clearly be faster than this version of the Zero. But still less maneuverable.

Up Next: M8 Greyhound