An odd, improvised weapon that had serious anti-tank ability.

Let’s take a look at a sort of quasi-Tiger.

That designation is kind of a mouthful!  But its fitting for the confusing history of this vehicle. 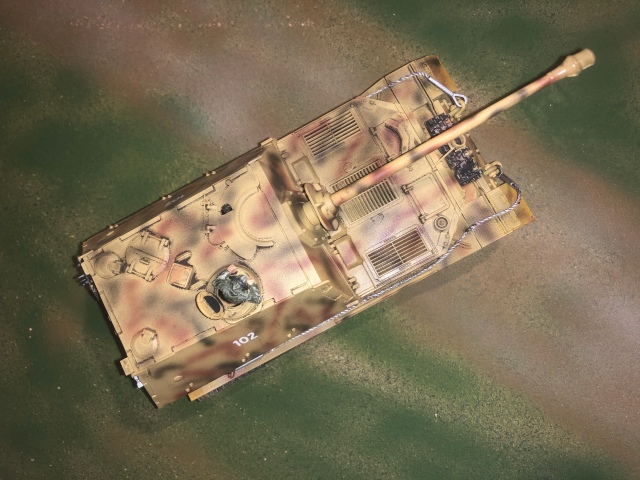 The engine is forward of the fighting compartment, but behind the driver and bow gunner.  That makes for a pretty good sized armored box to house the big gun, but communication between the front and back of the vehicle could only be done via intercom.

When the Wehrmacht was looking for a new heavy tank, what would become the Tiger program, there were two serious entries to consider.  The Henschel design that would become the famous Tiger, and a more imaginative design by Porsche.  The Porsche tank featured an electric transmission that would allow for a lower profile and had a more forward located turret.  Ferdinand Porsche was so sure he would win the contract he started construction on his new tank. 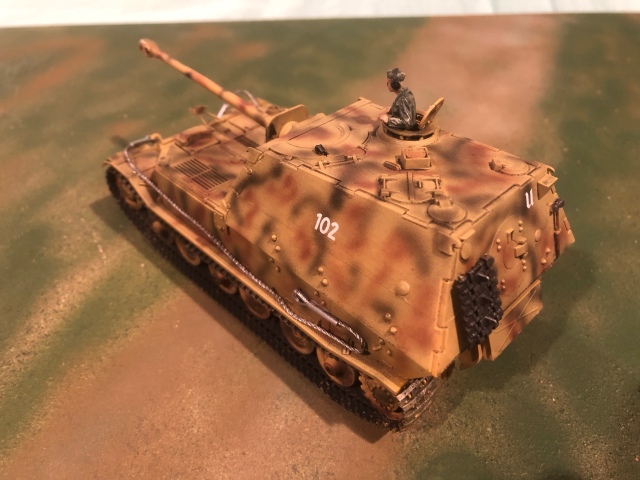 But Henschel was chosen.  And Porsche was left with 100 hulls that would never be tanks.  Given the long friendship between Hitler and the automotive designer this could not turn into a major loss.  So the Wehrmacht decided to modify the unfinished units as Heavy Tank Destroyers.  So this is a Tiger sized platform, without a turret; but with extra thick armor and the new Pak 43 version of the 88mm anti-tank gun.  That’s a bigger, badder 88 than the one mounted on the Tiger.  It was also put on the new Nashorn/Hornisse tank destroyer, but that was otherwise a smaller and faster vehicle.
Later, the Pak 43 would appear in the King Tiger tank and Jagdpanther tank destroyer.  But in mid-1943 this was the ultimate such weapon. 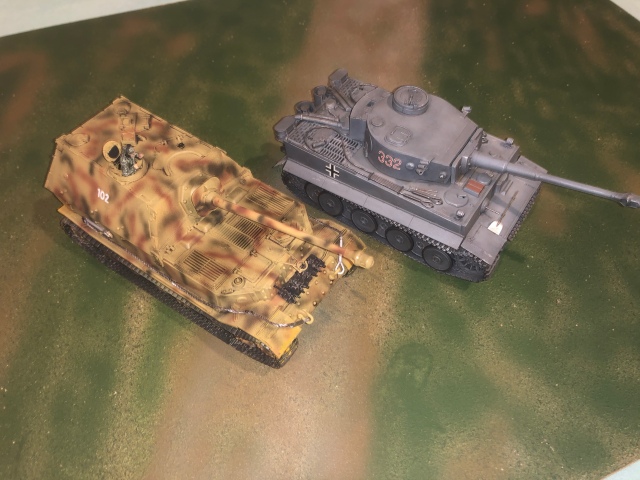 The Elefant came about as left overs from the Tiger design competition.

It was named Ferdinand in honor of Ferdinand Porsche, and first deployed at the Battle of Kursk.  Eighty-nine of the 91 completed units were deployed there, and it was mostly considered successful destroying 320 Soviet tanks for 13 losses.  The Germans were however, overwhelmed by mass at that battle.  In the weeks that followed, a withdrawal that played to the Ferdinand’s strengths ensued.  By the end of 1943 the surviving units were withdrawn for reconditioning.
Among the problems discovered were that the shear size of the vehicle made it difficult to tow them when damaged (at 65 tons it was nearly as heavy as the later King Tiger/Tiger II tank).  But the more fixable problems involved MORE armor, better protection for the engine, better visibility for the commander, and a defensive machine gun at the bow.  During the reconstruction the type was renamed Elefant.  The first 11 rebuilt were rushed to Italy to counter the Anzio landings, the remaining 37 were deployed between Eastern and Western fronts as they were finished through the summer of 1944.
It was an effective ambush hunter through its existence, even if the Jagdpanther was essentially its more advanced replacement.

The Jagdpanther is basically a more advanced design using the same gun on a slightly smaller Panther platform.

This example was one of those that fought in Italy and is meant to be the surviving vehicle owned by the United States Army Ordnance Training Support Facility at Fort Lee, Virginia.  It is from the Tamiya kit. 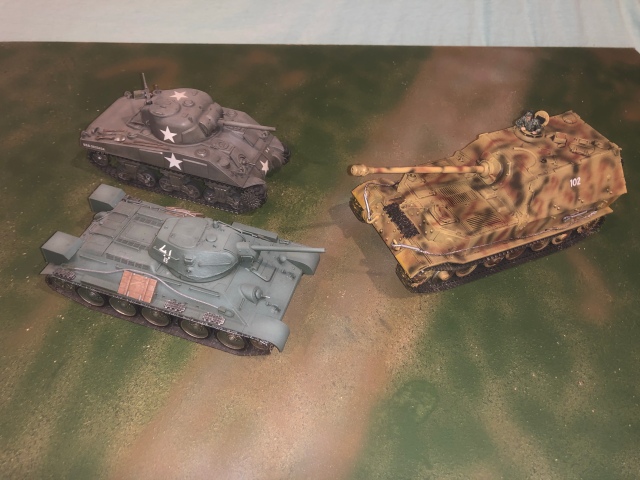 I’m sure allied tankers in lighter, but much faster tanks didn’t have any strong feelings about running across an Elefant in the field.  And its main gun being accurate out to two miles caused no grief whatsoever…