Yet Another (!) Day at the Museum of the United States Air Force

No doubt this is one of my favorite places on Earth!  So when the newly restored Memphis Belle was rolled out for display I made another journey to Dayton.

I don’t know all the behind scenes politicking, but apparently when the City of Memphis was unable or unwilling to provide an indoor display for this important relic it was reclaimed by the Air Force for restoration and an appropriate display. 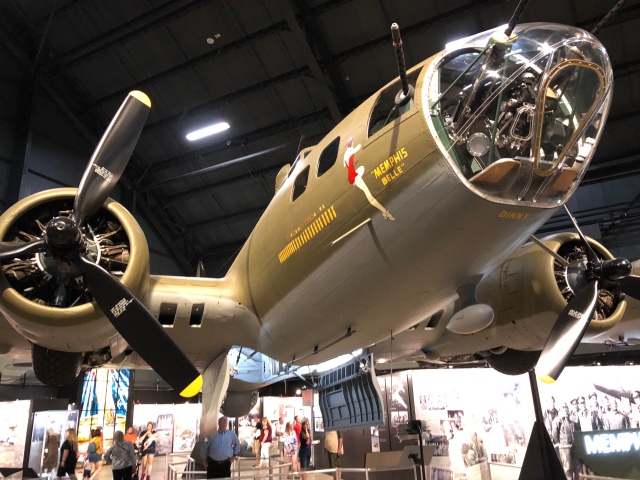 The nose art is slightly different on either side.

This airplane was often presented as the first American bomber and crew to complete 25 combat missions over Europe to earn a well deserved trip home. There is a slight fudge in this, one or two other crews actually completed their missions before; but the Belle was the first plane to take its crew all the way back to the US after its tour.  It went on war bond tours and on long term display in Memphis before ending up at Wright-Patterson and the Museum.
Three of the crew went on to fly B-29 missions over Japan, including pilot Robert Morgan.

As a bonus, the Museum’s IMAX Theater was showing a newly restored print of William Wyler’s 1943 classic movie Memphis Belle.  This was from the original 16mm film that has been kept by the film-maker’s family.  So it was better quality to begin with than even the prints that first ran in wartime theaters.  The restoration removed all scratches and was in vibrant color.  Just stunning to see.
Also note this was a wartime documentary NOT the Hollywoodized 1990s movie.  It was filmed on bombers in combat, camera crews suffered injuries and one cameraman was killed.  It really drives home the mood of the time and has an understated power about it. And it’s really something to see both the artifact itself and a 75 year old movie it starred in. 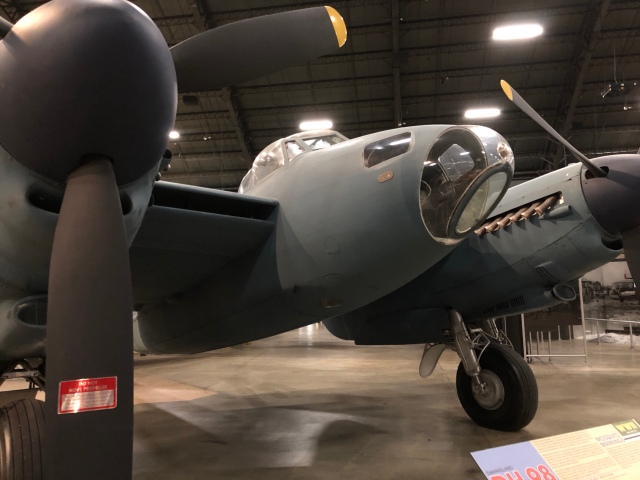 Lend-lease could flow both ways. Is this an honor or a travesty?

This is not a small museum! I’ve been more times than I can count and it’s always a full day.

I'm 5o-something years old and live in Ypsilanti, Michigan. I'm happily married to Jodie. I was an air traffic controller for 33 years and recently retired; grew up in the Chicago area, and am still a fanatic for pizza and the Chicago Bears. My main interest is military history, and my related hobbies include scale model building and strategy games.
View all posts by atcDave →
This entry was posted in Museums and tagged Museums. Bookmark the permalink.

7 Responses to Yet Another (!) Day at the Museum of the United States Air Force