A Day at Fort Mackinac

Another of my slightly off topic posts. But as I’ve said since way back, I love military history in general, so this seem’s good to me!

These days Mackinac Island is best known as tourist destination.  Grand Hotel, fudge and state highways with no motor vehicles allowed are what mostly come to mind. 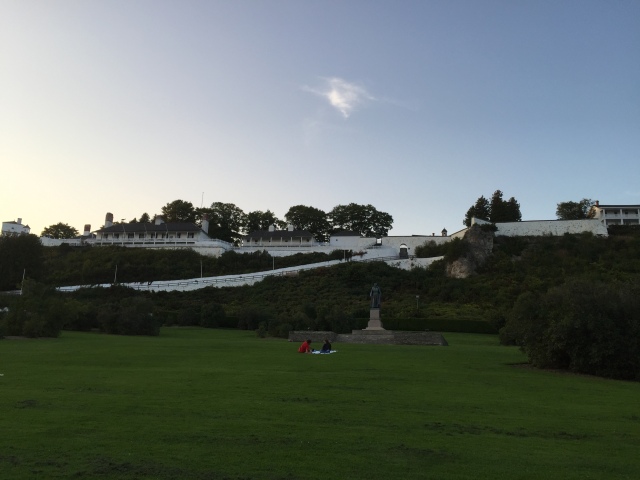 A view of Fort Mackinac from Marquette Park. Commonly thought of as the front side.

The Mackinac Straits area of Michigan actually traces a colonial history back to the very beginning of that era.  French fur traders and trappers frequented the area which led to an outpost, a Jesuit Mission and a French fort at modern day Mackinaw City known as Fort  Michilimackinac. After the French and Indian War (AKA the Seven Years War) ended in 1763 all French territorial claims in the north (modern day Canada and northern US) were ceded to Great Britain, so Fort Michilimackinac became a British possession. 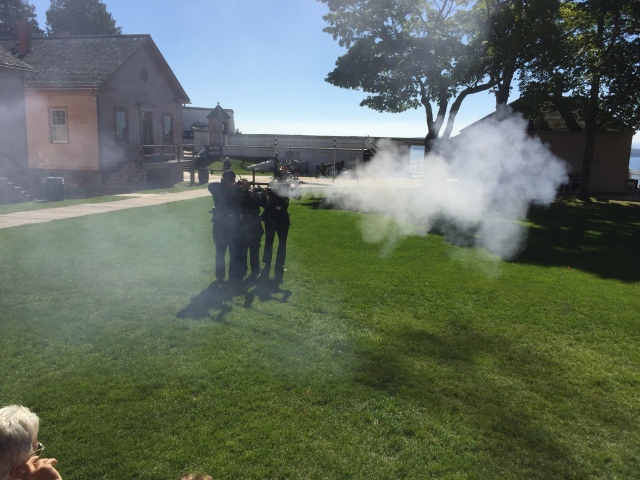 Until the American Revolution.  During that war, the British decided the location was too vulnerable and moved the fort out to nearby Mackinac Island. Known as Fort Mackinac since, it is one of the first visible landmarks when approaching the island. The transfer was completed in 1781, just in time for it to be given over to the new United States after the war in 1783.

The only real combat related to the fort came during the War of 1812, and serves mainly to highlight British professionalism and American, well, not professionalism… 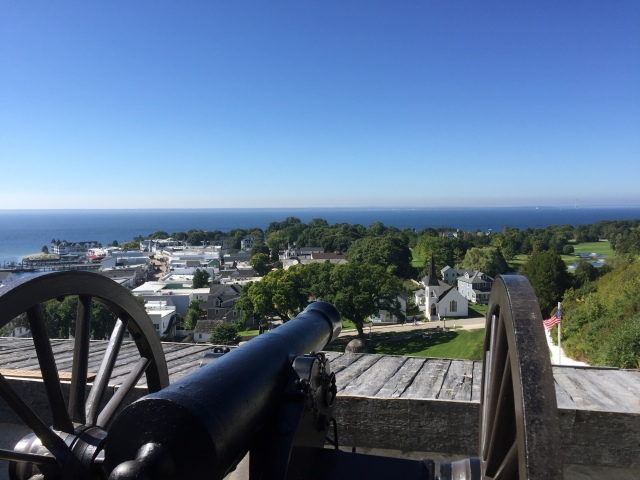 A view from the fort wall overlooking Mackinac Island village.

The British landed well behind the fort and seized high ground that overlooked both the fort and village below it.  They threatened to shell the village, and the Americans promptly surrendered. In 1814 an American expedition landed on the island and attempted to replicate the British feat; but the British knew that trick and routed the force before it posed any threat. Two ships were left to besiege the island, but when British forces got low on supplies they captured the American ships to break the siege. With the end of the war in 1815, the British again turned the fort over to American forces. 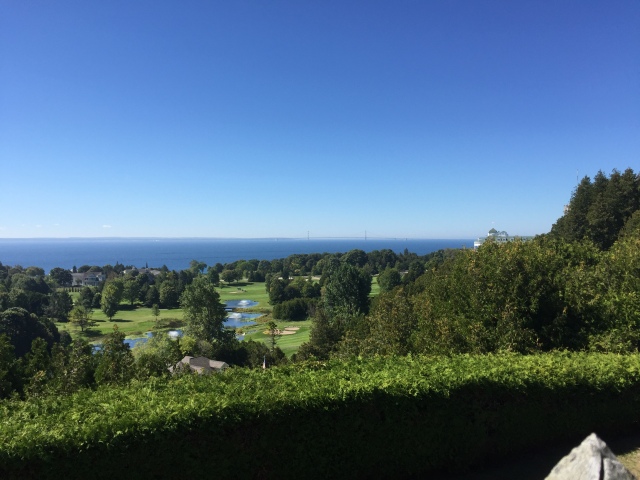 A view from the Fort’s west wall. The Grand Hotel is visible with the green roof to the right. Mackinac Bridge can be see in the center distance. This connects Michigan’s Upper and Lower peninsulas. At the left most edge of the bridge, that is the northern tip of Michigan’s lower peninsula, is the reconstruction on its original site of Fort Michilimackinac.

In the years that followed, the military threat to the area rapidly diminished and business transitioned from fur trade to tourism.  During the American Civil War the fort was used as a VIP prison, for three people.  Which sort of puts an exclamation point on how the post had become a resort. In 1875 Mackinac Island became the second US National Park. Which meant the soldiers at the fort were pretty much Park Rangers before that particular service had even been established.  In 1895 the fort was finally decommissioned and the entire island was turned over to the state of Michigan as a State Park.  In the 1950s the State of Michigan got serious about restoring its landmarks and both Fort Mackinac and Fort Michilimackinac came into being in their current form.  That is, fully restored living history exhibits. 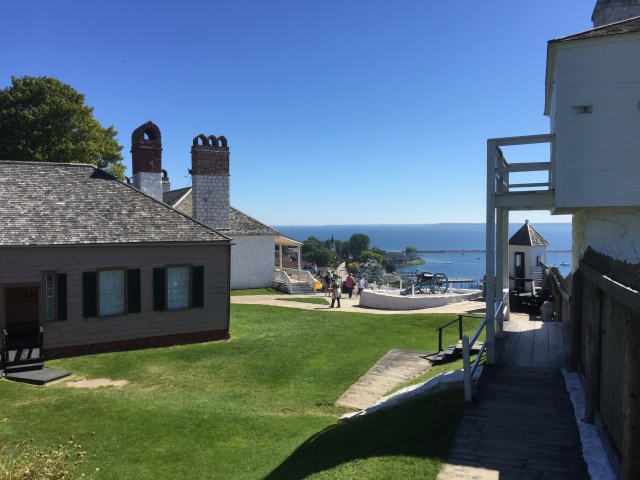 Looking across a corner of the Fort to the Straits of Mackinac.

A trip to Mackinac is not only beautiful and fun, but it is rich in colonial and early American history.  The fort is, to me, the crown jewel of that experience.  But there is so much to see and learn in this area. I can’t recommend this highly enough.

I'm 5o-something years old and live in Ypsilanti, Michigan. I'm happily married to Jodie. I was an air traffic controller for 33 years and recently retired; grew up in the Chicago area, and am still a fanatic for pizza and the Chicago Bears. My main interest is military history, and my related hobbies include scale model building and strategy games.
View all posts by atcDave →
This entry was posted in Museums and tagged Museums. Bookmark the permalink.

15 Responses to A Day at Fort Mackinac