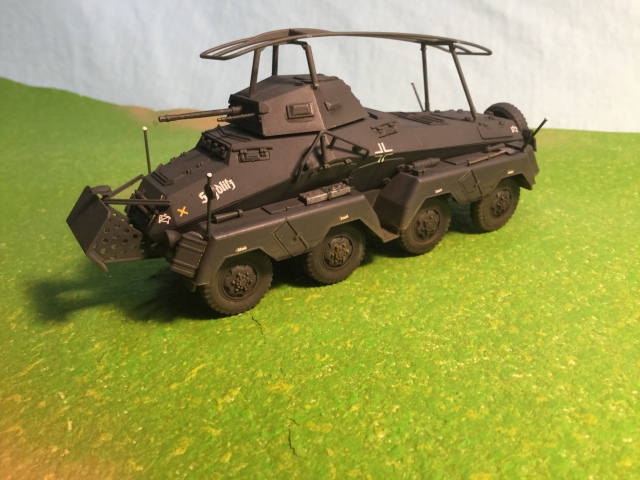 But the German approach was unique, join me for a look at a Heavy Armored Car.

The armored car was usually a cheap and light vehicle.  4 x 6 trucks with thin sloped armor and turrets for light guns being typical.  Germany’s first armored cars of the 1930s were much like this.  But when reconnaissance commanders expressed a desire for something with more off road capability they were heard.  It looks to me like Germany spent far more time and money developing such vehicles than any other nation.

The large frame on top is a long range radio antenna. 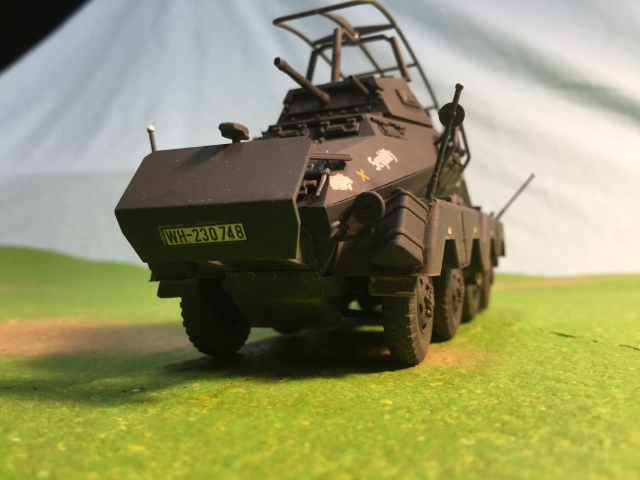 The Sd.Kfz 232 8-rad is sort of a monster, even starting with the designation.  The first part, Sd.Kfz, just means “heavy armored car”; which it clearly is.  There were two main vehicles in the 1930s with this designation, a “231” and a “232”; the difference being that the 232 had a longer range radio.  But these were both 6 wheel designs, designated by “6-rad”.  When a new, improved model was built it was only distinguished by its 8 wheels or “8-rad”.  And indeed, the armored bodies look very similar.  But the drive train was wholly new.  This beast is an 8 x 8; that is, 8 wheel drive…   with 8 wheel steering…   and two drivers.  The two drivers were there so the vehicle could go forward or back with no trouble. 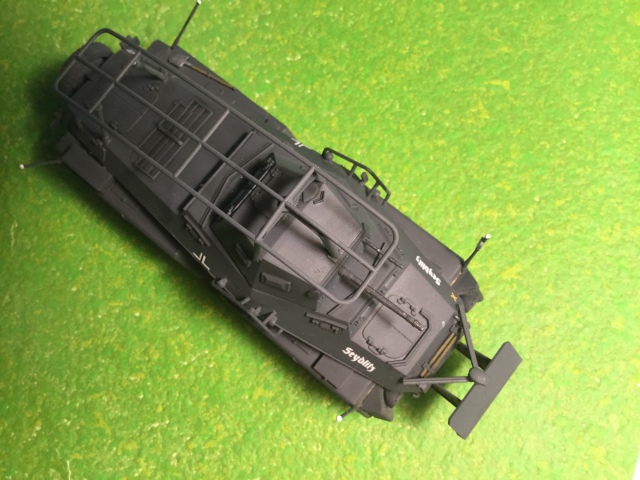 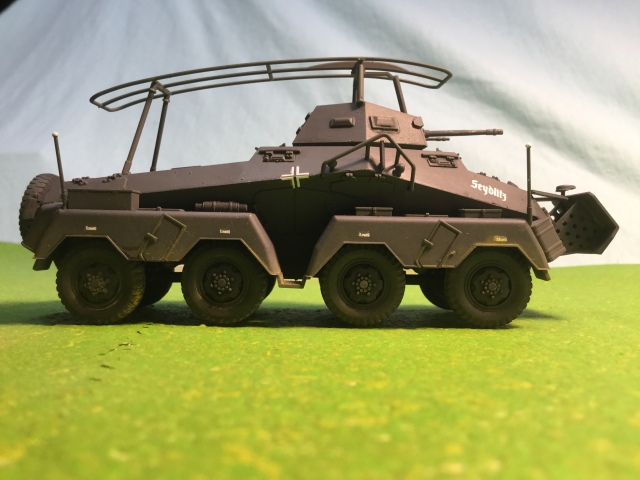 Like other armored cars, this was meant to be a fast vehicle with a top road speed of over 50 mph.  It’s 155 HP seems under powered today, but it was decent for the time.  The armor was light, proof against small arms and shrapnel but not anti-tank guns.  Its main armament was a 20 mm rapid fire gun that was very effective against soft targets.  The 8 x 8 drive did provide better off road capability than other armored cars.  And the design was successful enough that when it was replaced from 1943 on, it was by another 8 x 8 design. 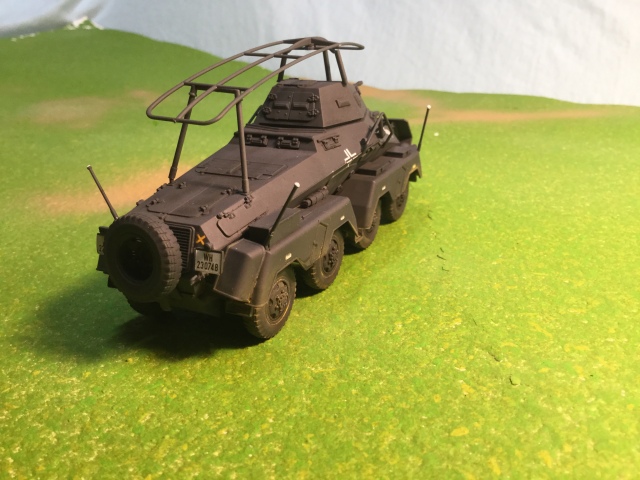 This particular vehicle is from the Tamiya kit.  It represents an armored car that served in the Balkans campaign, Spring of 1941. 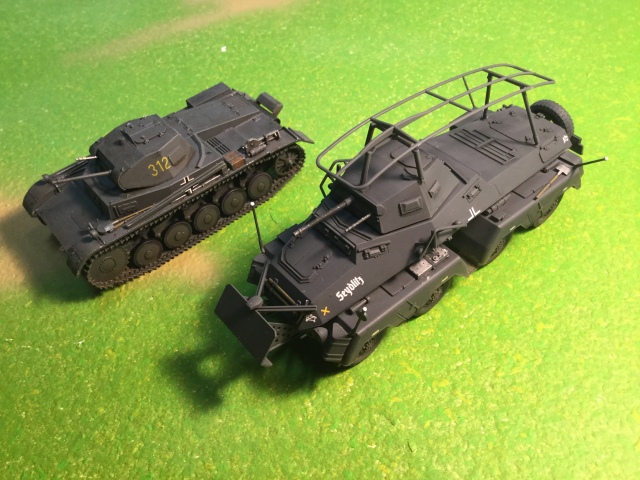 The Sd.Kfz 232 alongside a Panzer II light tank.  Both vehicles are about the same weight and carry the same armament.  The main difference being the tank is better off road, while the armored car is much faster on road. 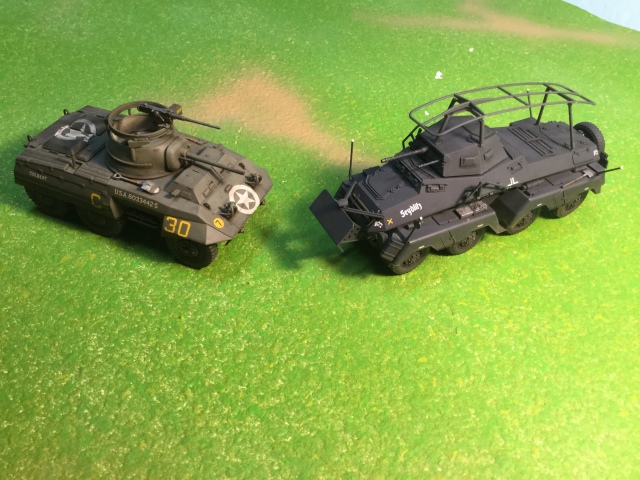 The Sd.Kfz 232 and an M8 Greyhound. Both armored cars would perform a similar mission. They Greyhound is about the same weight with a simpler drive train but heavier armament (37 mm gun instead of 20 mm). Both vehicles also have similar quality long range radios, but the M8 antenna are just the little posts alongside the engine compartment. Allied radios were generally superior, but the difference here is mostly a 1930s design vs a 1940s design.

This photo shows the 8-wheel steering on a museum example (wikipedia.org)