From 1941 through early 1943 epic tank battles raged across North Africa.

Join me for a brief look at a British tank from late in that campaign.

Early in World War II British tanks conformed to one of two major categories; either Infantry or Cruiser tanks.  Infantry Tanks were heavily armored but slow, while Cruiser tanks were lighter and faster. 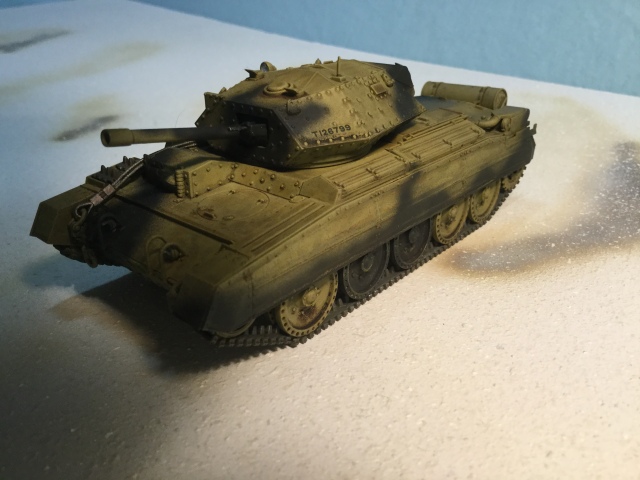 The Crusader was lightly armored.  And the turret shape creates a major shot trap, that is, rounds striking around the lower edge could actually be deflected right INTO the body of the tank.

The Crusader tank was a Cruiser.  It entered service in 1941 and served as a tank for two years (the chassis being later reused for auxiliary functions like prime mover or anti-aircraft).  That means it was in use during the North Africa campaign and would be the most important British fast tank.  The parallel Infantry tank during this time was the Matilda.

Early versions of the Crusader used a 2 pdr (40 mm)* main gun.  This was found to be inadequate against later models of the Panzer III and Panzer IV, the main German tanks in North Africa.  So the Crusader III was upgraded to a 6 pdr (57 mm) main gun.  This was a much better weapon and was effective until late in the campaign when German Tigers first appeared. 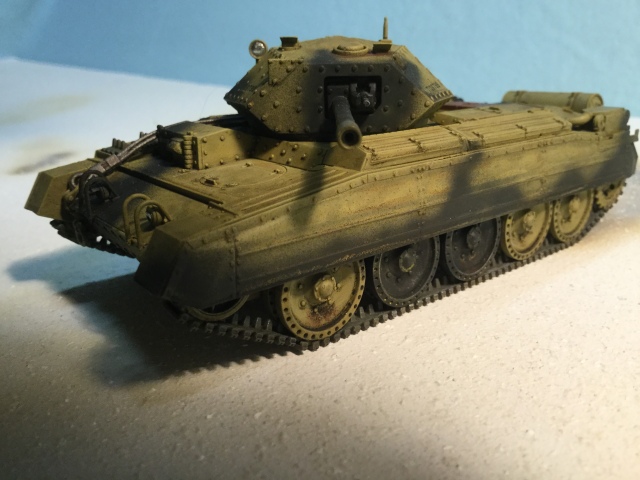 Crusader armor was also inadequate.  This was increased some from the Mk I to Mk II, but it would always be light. 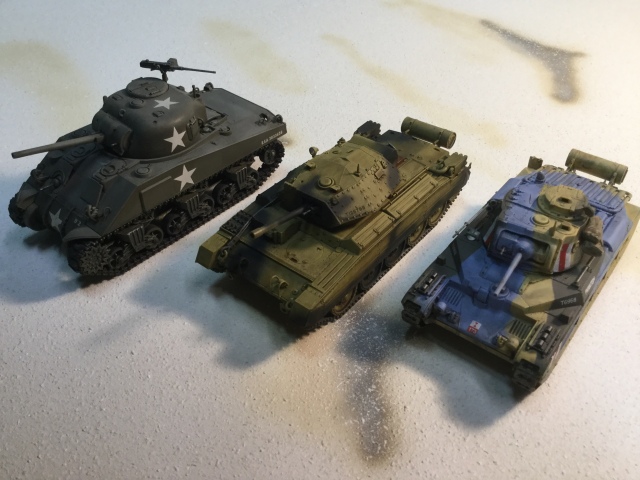 Major Allied types in use late 1942.  The Matilda at far right is well armored; but slow, and the turret size would not allow a bigger gun than the 2 pdr.  The Crusader was lightly armored, but had a decent 6 pdr gun.  The Sherman was the biggest and most capable of the group.  In 1942 and 1943 it was equal to most of what was on the battlefield.

The Crusader and a sampling of types in use by the Germans.  The first is Panzer II, the Crusader was easily more capable than this small tank.  Next is the Panzer III, which is roughly equal.  Although the German tank was better made and better laid out.  Last is a Panzer VI Tiger; the Crusader is no match for it.

This particular Mk III is from the Tamiya kit and represents a tank that served from El Alemain (10/1942) to the end of the campaign. At this time the British had several tanks in use.  The Matilda and Crusader were the major British made types, but American Lee/Grant tanks were found more effective.  They were bigger, better armored, more reliable and had a 75 mm hull mounted gun that was effective against any German armor until the Tigers appeared.  American Shermans, basically an improved Lee/Grant with the 75 mm gun moved from a hull mount to the main turret had also entered use in limited numbers. 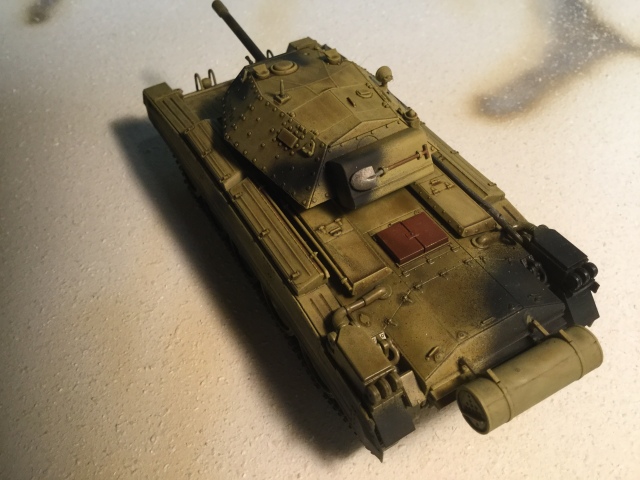 The large cylinder in back is an extra gas tank.  This can be jettisoned in an emergency.

The Crusader was eventually moved to light armored units until it was supplanted by American supplied Stuart tanks.

* British guns are listed by the weight of their shell.

I'm 5o-something years old and live in Ypsilanti, Michigan. I'm happily married to Jodie. I was an air traffic controller for 33 years and recently retired; grew up in the Chicago area, and am still a fanatic for pizza and the Chicago Bears. My main interest is military history, and my related hobbies include scale model building and strategy games.
View all posts by atcDave →
This entry was posted in Armor, Britain and tagged Scale Models, Tank Models, World War II. Bookmark the permalink.