This light armored car saw service from 1942 to the end of WWII.

After the jump, a brief look.
The Ba-64 was derived from the GAZ-64 light utility vehicle.  The GAZ-64 looks like a Jeep clone, I don’t know if that goes more than skin deep; but given the number of Jeeps the Soviets acquired through Lend Lease it is certainly a possibility that’s exactly what it is.  But that makes the Ba-64b a Jeep sized light armored vehicle.

A further influence may have been a German armored car (Sd kfz 222) that was captured and delivered to the GAZ factory in 1941.  Given the level of the Soviet emergency and urgent need GAZ produced this vehicle in record time and early models were delievered to the Red Army early in 1942.  The Ba-64b featured improved stability and entered production in 1943. All told, over 9000 of these little vehicles were produced. 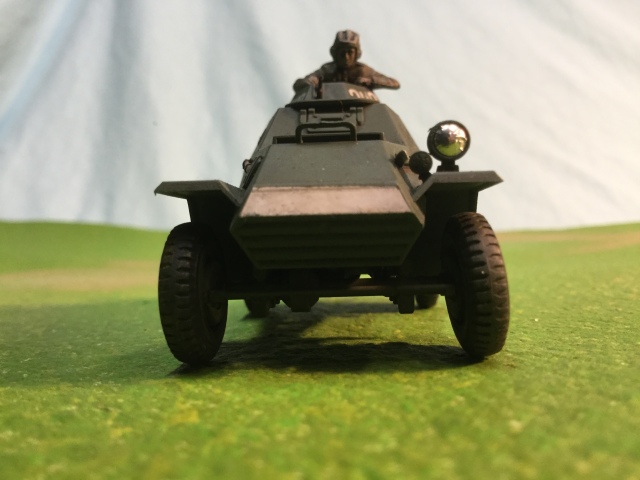 I know painfully little about how this vehicle was used.  I imagine it did a lot of recon work like similar vehicles did for other armys.  And apparently a large number of them were delivered to the NKVD, so they presumably spent much time doing the Soviet version of police work.  I saw one reference mention its utility in urban combat since its mounted machine gun could train quickly and was capable of high angle fire. 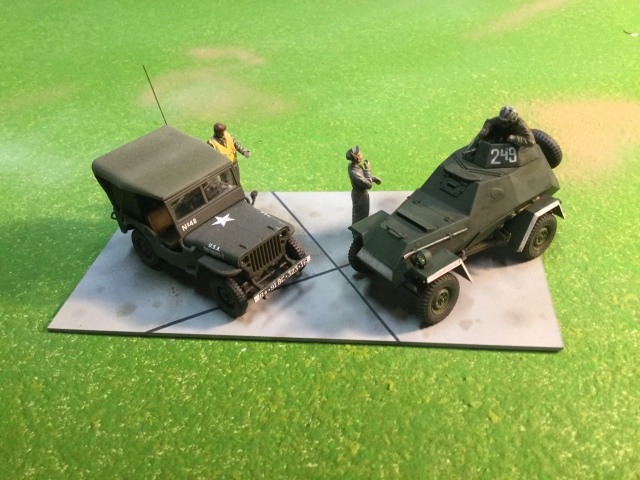 The M8 Greyhound was a more typical sized Recon vehicle; derived from an actual truck. The Ba-64 is much smaller.

This is the Tamiya kit.  The markings are based on a vehicle photographed in 1943, but I could find no details about location or unit assignment.

This is the GAZ 64 utility vehicle. It looks very Jeep-like to me, I’m not sure how deep those similarities might go.