I’ll assume we all know that date! Despite all the should’ves and could’ves, the Japanese achieved complete surprise against the US Navy base at Pearl Harbor and the surrounding military installations on Oahu, Hawaii.

Most American air power, 188 aircraft across all service branches, was destroyed on the ground.  Another 159 planes were damaged.

But a small number of pilots did get up.  The Army Air Force was responsible for the defense of the Harbor and its facilities, so appropriately all the fighters that got into the fight were AAF types.  Although there were 14 obsolete P-26 Peashooters “available”, no one considered them modern combat types and none scrambled during the attack.
Available fighters were 36 Curtiss P-36A, 87 P-40B and 12 P-40C.  The P-36 was older and out of production.  It was well liked by pilots, but was only armed with a single .50 and one .30 in the nose.
The P-40B was essentially an uprated P-36, trading the R-1830 engine for a V-1710.  It was more modern with pilot armor and heavier firepower of two .50s in the nose and two .30s in each wing.  The P-40C would be difficult to differentiate from the “B” without seeing a serial number, it had self sealing fuel tanks and provision for a drop tank. 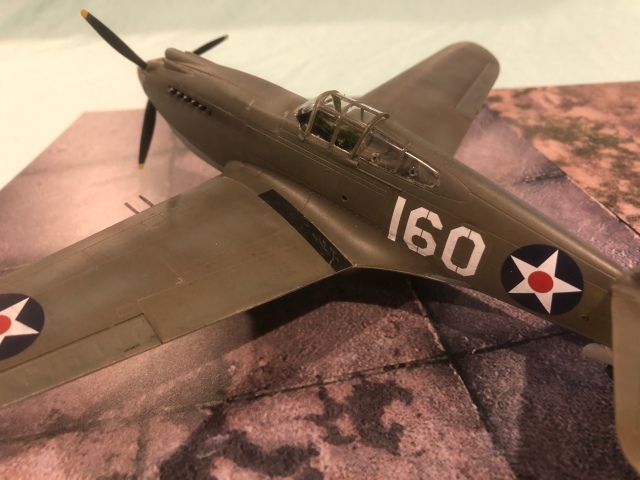 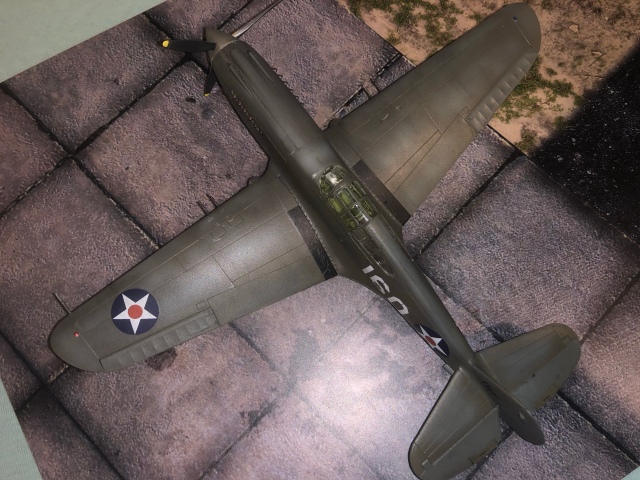 There is much confusion on exactly who and what got in the air that morning.  But according to Bert Kinzey in “Attack on Pearl Harbor” (his own “Detail and Scale” book on early P-40s actually has conflicting numbers!  Confusion comes with the territory) two P-40s from the 44th Pursuit Squadron got up, but were promptly shot down after causing no damage.  A flight of four P-36s from the 46th Pursuit Squadron got up and tangled with Zeros, they claimed three kills for one loss.  Post War records invalidated those claims, but they were clearly in the fight (Phil Rasmussen was in this flight).  Two more P-36s from remote Haleiwa Field got up a little later and brought down two Zeros, these kills were confirmed post-War.

The best known defenders to get up that morning were George Welch and Ken Taylor of the 47th Pursuit Squadron.  They had spent Saturday night at a party at a Waikiki hotel, it turned into an all night poker game.  Sunday morning they were with friends at Wheeler Field when the attack started.  They called to Haleiwa Field where their planes were parked to get them readied for action then piled into Taylor’s car and drove across the island to the airfield.  This is the same field mentioned previously, it was just a simple grass strip that was apparently not on Japanese charts.  It was used mostly for gunnery training classes, but Welch and Taylor’s P-40s had been dispersed there earlier in the week.  They were strafed during their drive, but made it safely.
The pilots took off even though they only had .30 ammunition loaded.  Both claimed two kills, they landed at Wheeler for a full reload (including .50 ammo this time!) and returned to the fight.  This time Welch claimed three and Taylor two. Their total claims, and who got what exactly are a little confusing; but they were easily the most successful American pilots that day.

Yet another P-40 departed Haleiwa as the attack was ending and the pilot claimed a single kill.
After the Japanese had left, ground crews continued the scramble to ready airplanes. Flights and squadrons became more organized and capable.  Among those getting airborne in the afternoon was Frances Gabreski in a P-36; he would become a well known name over the next couple years as the most successful American against the Luftwaffe, with 28 kills in a Thunderbolt. Had the Japanese returned for a third wave, Oahu would have been a very stirred up Hornet’s nest.

The state of too much American air power in Hawaii after the Japanese attack.

Taylor and Welch both continued their war against Japan.  George Welch was credited with four kills on December 7, he later found himself flying P-39s out of Port Moresby and scored three more.  He was the leading ace in theater for a while, but was seen as a bit of a problem child by higher ups. Apparently when a reporter asked him what his favorite feature of the Airacobra was he replied “1200 lbs of Allison armor plate behind the pilot” (a reference to the engine).  That retort did not play well on the home front, especially not with Bell employees.
Trouble making aside, he managed a transfer to a squadron flying P-38s in June of 1943 and quickly scored nine more kills.  This, his third tour, finally ended when he was sent home with malaria.  After recovery he tried to get back to a combat zone, but he was too well known at this point and no one would have him.  He left the Army in 1944 to become a test pilot for North American.*
Ken Taylor switched to bombers and flew a B-29 over Japan.

George Welch’s P-40 with Phil Rasmussen’s P-36.  Camouflage had been ordered on all combat aircraft in November, but it hadn’t been a priority and many were still in bare metal on December 7.  That changed quickly after.

This is the airplane George Welch flew on December 7.  Taylor’s plane would have looked the same except for number “155”.  I am sure many of you have heard me mention before the lack of a good early-model P-40 (Hawk 81) in 1/48.  Seriously, as late as 2018 modelers were still building the 1960s vintage Monogram kit because no modern kit had captured the type’s lines quite right.  Well dang, those days are over!  This is the Airfix kit. It is beautiful in every sense!  It is nicely detailed, far better than the old toy-like Monogram kit, and engineered for a nearly perfect fit.  This is an absolute, first rate kit.  I will eagerly look forward to building more of it.

Three types that George Welch scored kills in.  I think he preferred the P-38!

*- Edward Parks wrote a couple of fascinating memoirs of his time as a combat pilot, mostly in P-39s in New Guinea.  He changes names to protect the guilty.  But he references one hot-shot pilot who made his life, and most other younger pilots’ lives miserable while constantly agitating to transfer to a P-38 squadron.  I seriously wonder if this pilot was Welch.