At this site we’ve mostly looked at weapons and weapon systems of the Second World War.  But every now and then its fun to look at the more mundane, yet essential machines every military had in substantial numbers.

So let’s take a look at a less glamorous Wehrmacht truck.

GM’s Opel division, based in Germany, introduced a new medium duty truck in 1930.  A public naming contest led to it being called “Blitz” (German for “lightning”) and the stylized lightning bolt on the grill has been an Opel company symbol ever since. 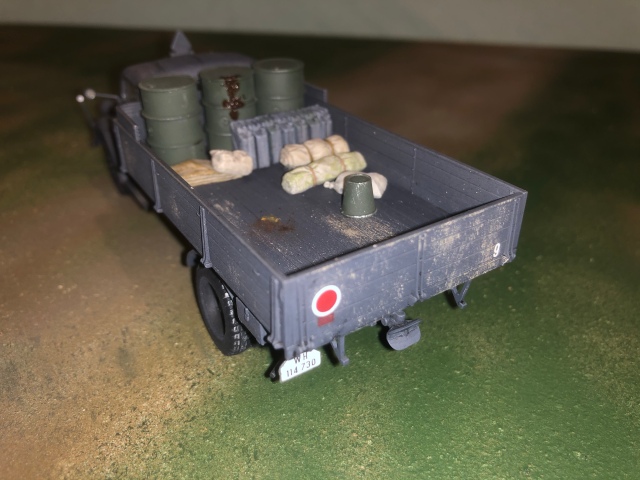 The first version was rated as a one ton truck, but that was upped to two, two and half, then three through the 1930s.  The vehicle was chosen by the Wehrmacht as one of the cornerstones of their expending mechanized forces.  Trucks were rated as light, medium or heavy; the Blitz was the dominant medium through the War years.   Most were rear wheel drive, although 4 x 4 and half-track were options. Over 130,000 of the basic chassis were built.
The company was shut down and investigated at the War’s end for its use of slave labor, those parts of the company in East Germany were broken up into the Soviet way of doing things; while in the west the Company managed to reorganize, presumably with much help from parent company General Motors.  Eventually Opel resumed production of the Blitz in West Germany, until it was redesigned in 1952.

This example was attached to a Panzer Division in the Polish Campaign.  I don’t have any information on how long it endured.

This is the Tamiya kit. 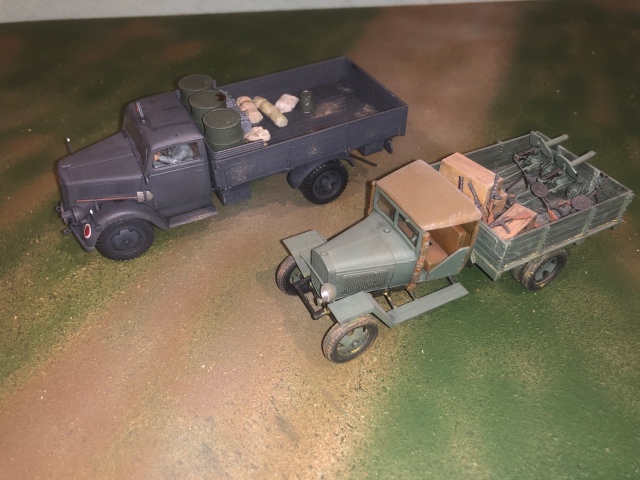 I haven’t exactly built a lot of trucks!  Clearly the Blitz looks a step more modern than the Soviet Model A.

I'm 5o-something years old and live in Ypsilanti, Michigan. I'm happily married to Jodie. I was an air traffic controller for 33 years and recently retired; grew up in the Chicago area, and am still a fanatic for pizza and the Chicago Bears. My main interest is military history, and my related hobbies include scale model building and strategy games.
View all posts by atcDave →
This entry was posted in Germany, Vehicle and tagged Scale Models, World War II. Bookmark the permalink.