Arguably the best Armored Fighting Vehicle of World War II, the Panther was a response to effective Soviet armor and would prove a serious challenge for any opponent.

After the jump, a German medium tank.

The Panther came about as a response to the T-34 and KV-1.  In 1941 the Germans were learning that Soviet armor was generally better than their own.  German tactics and training remained superior, but it was obvious better tanks were needed.  So work was started on the Panther, and heavier Tiger, at about the same time.

There is an extreme good and bad about this tank that leads to a mixed assessment.  Its main armament, and that means gun, ammunition, and targeting optics, were outstanding.  Really the best of any medium tank in the war.  Likewise its armor, both thickness and good angles, were as good as any medium tank.  Its tactical mobility was also good; that means it had a low “flotation”, or ground pressure, so it could maneuver even on loose or muddy surfaces better than most. It was also highly maneuverable and was one of the few World War Two tanks that could pivot in place. 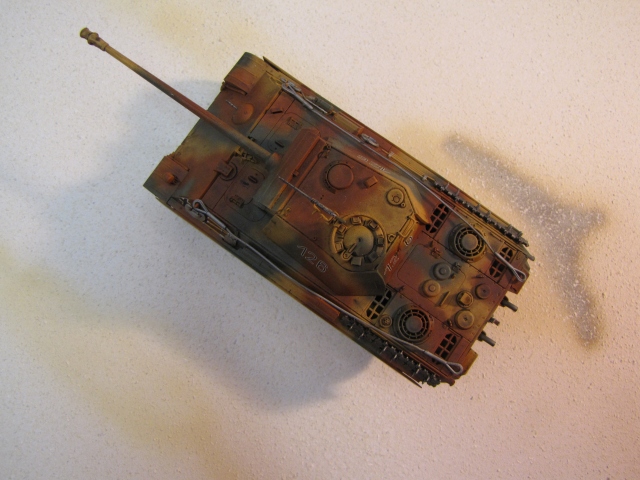 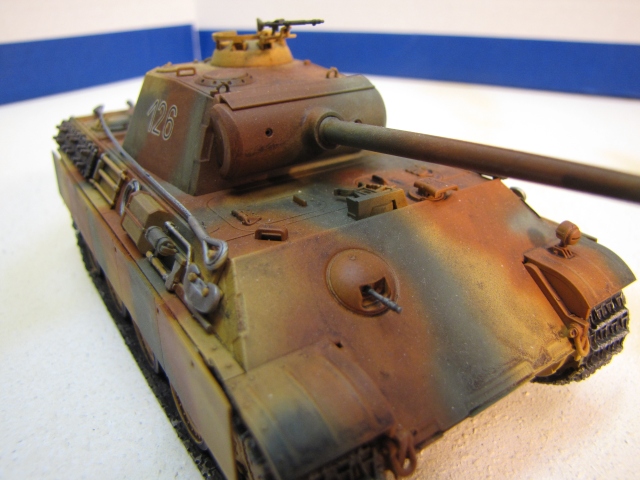 But when first deployed, the Panther’s mechanical problems were practically crippling, after much work on refining the design later models mechanical problems were only serious.  That sounds like a joke, but it really isn’t.  The engine and transmission were both overworked due to the vehicle weight and complexity (pivot in place for a 44 ton tank!) and German industrial quality was becoming very bad in the later part of the war.  This meant the Panther’s strategic mobility was very poor.  Its reliability was a more limiting factor than the range on a tank of gas (!).

The T-34 (at left) is the tank that inspired the Panther. No doubt the Panther was bigger and more formidable. But the T-34 was more rugged and reliable.

This is the Tamiya kit of a Panther that fought on the Eastern Front in 1944.