The Germans had an amazing proliferation of armored vehicles during the course of the war.  Some of them, were actually built in large quantities. 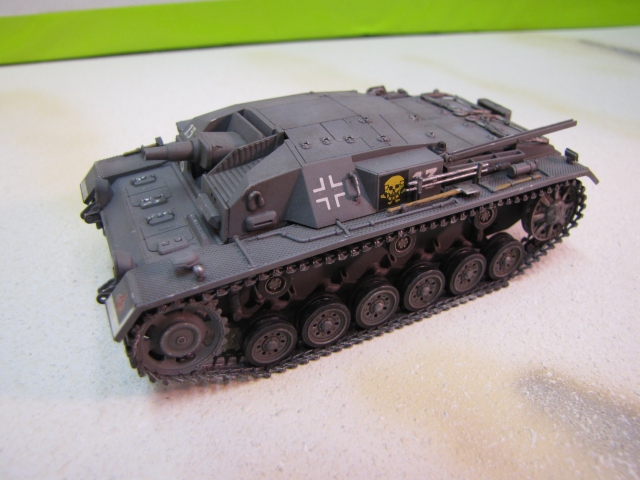 After the jump, a very common AFV.

The Sturmgeschutz III, more commonly known as the Stug III, was the result of retasking the chassis of the obsolete Panzer III tank.  Actually, the design and construction started even before the Panzer III was known to be obsolete; but it continued in production until the end of the war.  Over 10000 Stug IIIs were built, making it the most numerous German AFV. 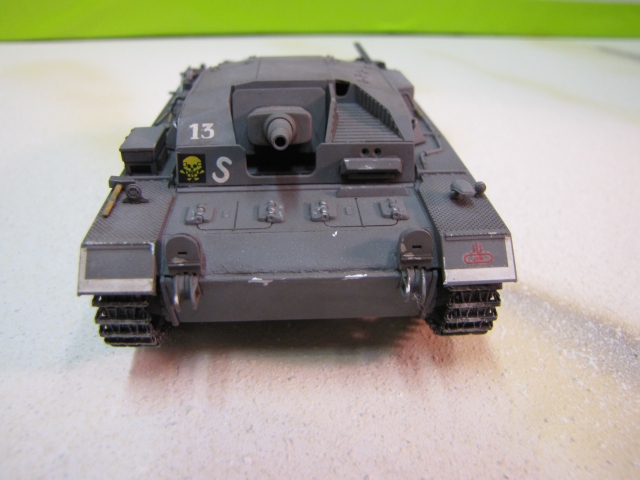 The initial idea was, to provide armored, mobile artillery that would accompany any type of unit right into the front lines.  Early variants, as seen here, were equipped with 75 mm howitzers for indirect fire support.  In time, many would be built with an anti-tank gun instead of the howitzer.  Practically speaking, this means the assault gun had morphed into a tank destroyer, yet it would be classified as “artillery” in every version. 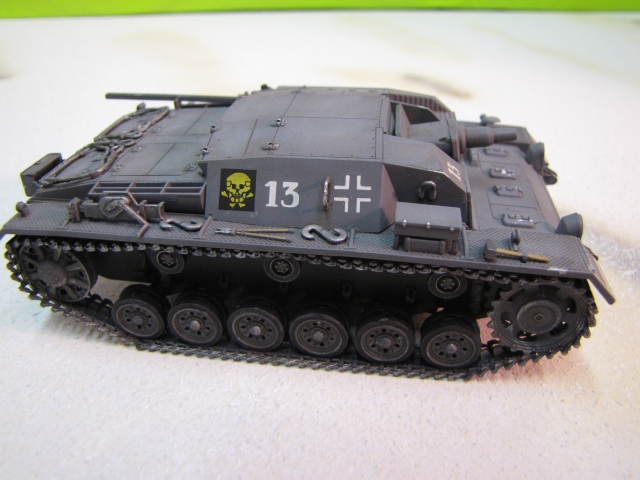 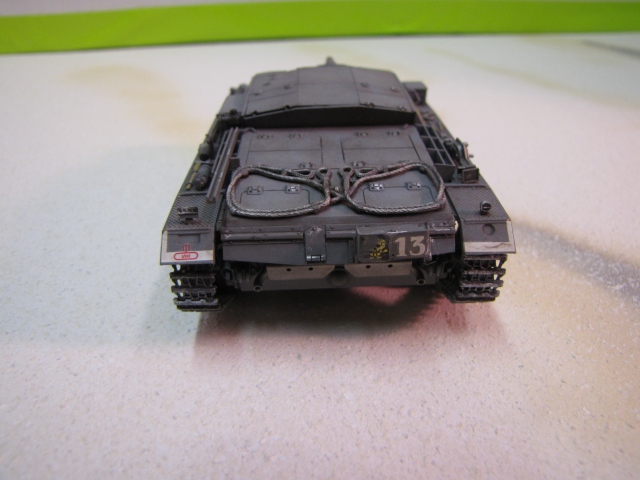 And that means the the Stug III was virtually a poor man’s tank.  The lack of turret limited its usefulness on offensive operations; but for fighting on the defensive, from ambush, it was effective as many much bigger tanks.  And its low profile made up for the lack of very heavy armor.  Stug IIIs would claim more tank kills than any other German AFV. 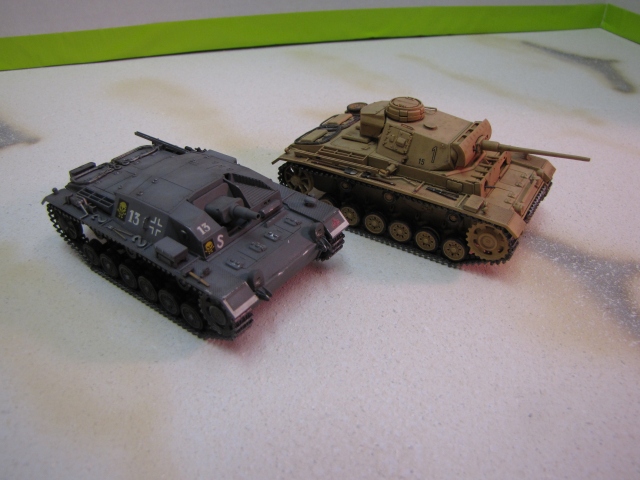 The family resemblance of the Stug III and Panzer III is apparent.
By doing away with the turret and upper structure it was possible to carry a larger, heavier gun on the same chassis.
Of course, that sacrifices much of the versatility of a true tank, but leaves you with a useful, heavy gun for a variety of mobile operations.

5 Responses to Sturmgeschutz III Ausf B