The US Navy’s upset victory at Midway is well known, a hard won American triumph. 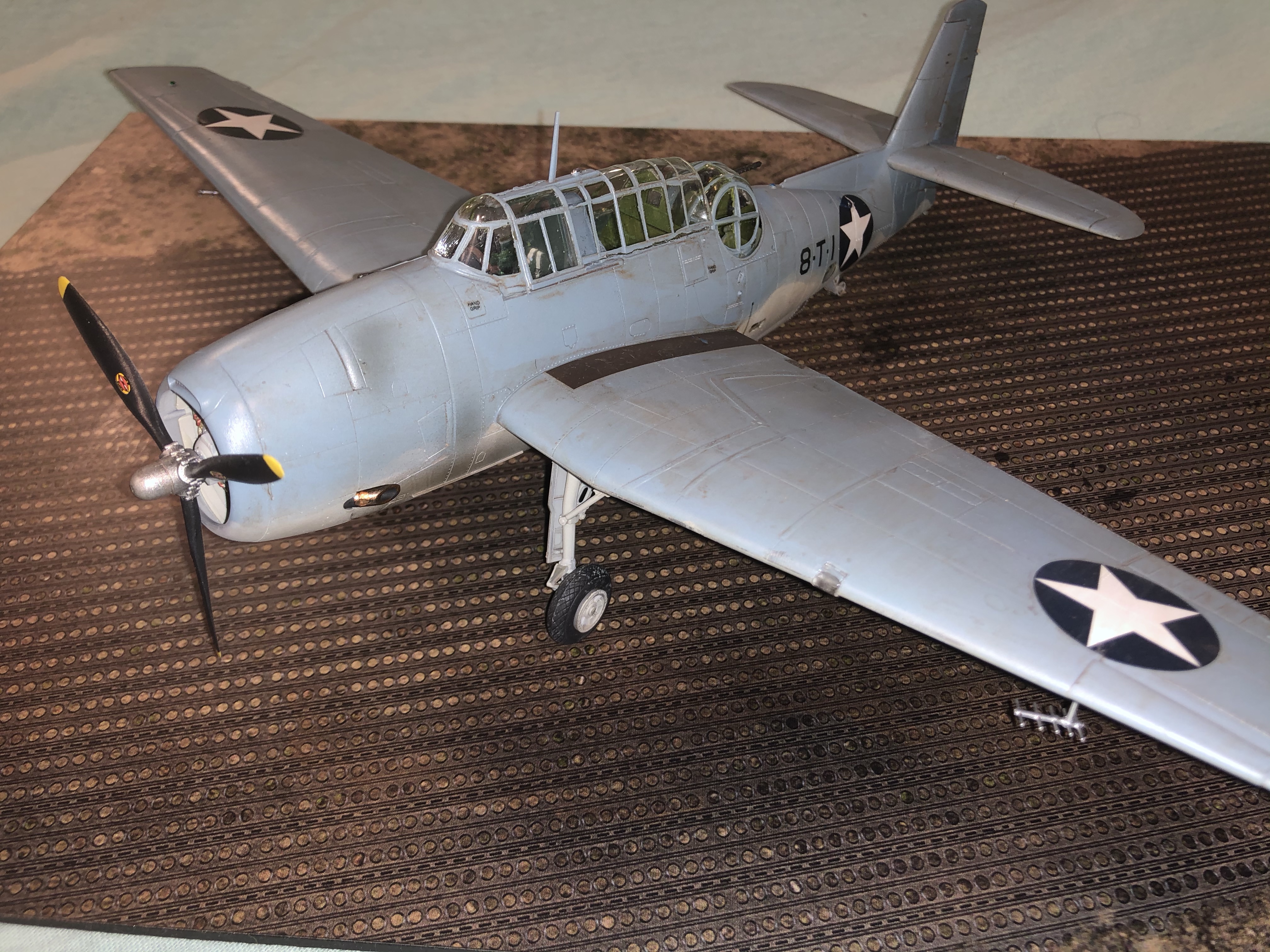 Let’s take a look at a part of the cost of that victory.

The doomed attack of Torpedo Eight on June 4, 1942 is a big part of the Midway story; but there is a less well known part to the story.
John Waldron led 15 Devastators from the Hornet right to the Japanese fleet.  They were the first group of carrier planes to attack that day, they went in without fighter escort, and every single one of them was shot down without scoring a hit.  Only one pilot, Ens George Gay, survived.
But there were six TBF Avengers based on Midway Island that were also Torpedo Eight.  They fared better only by the slimmest margins. 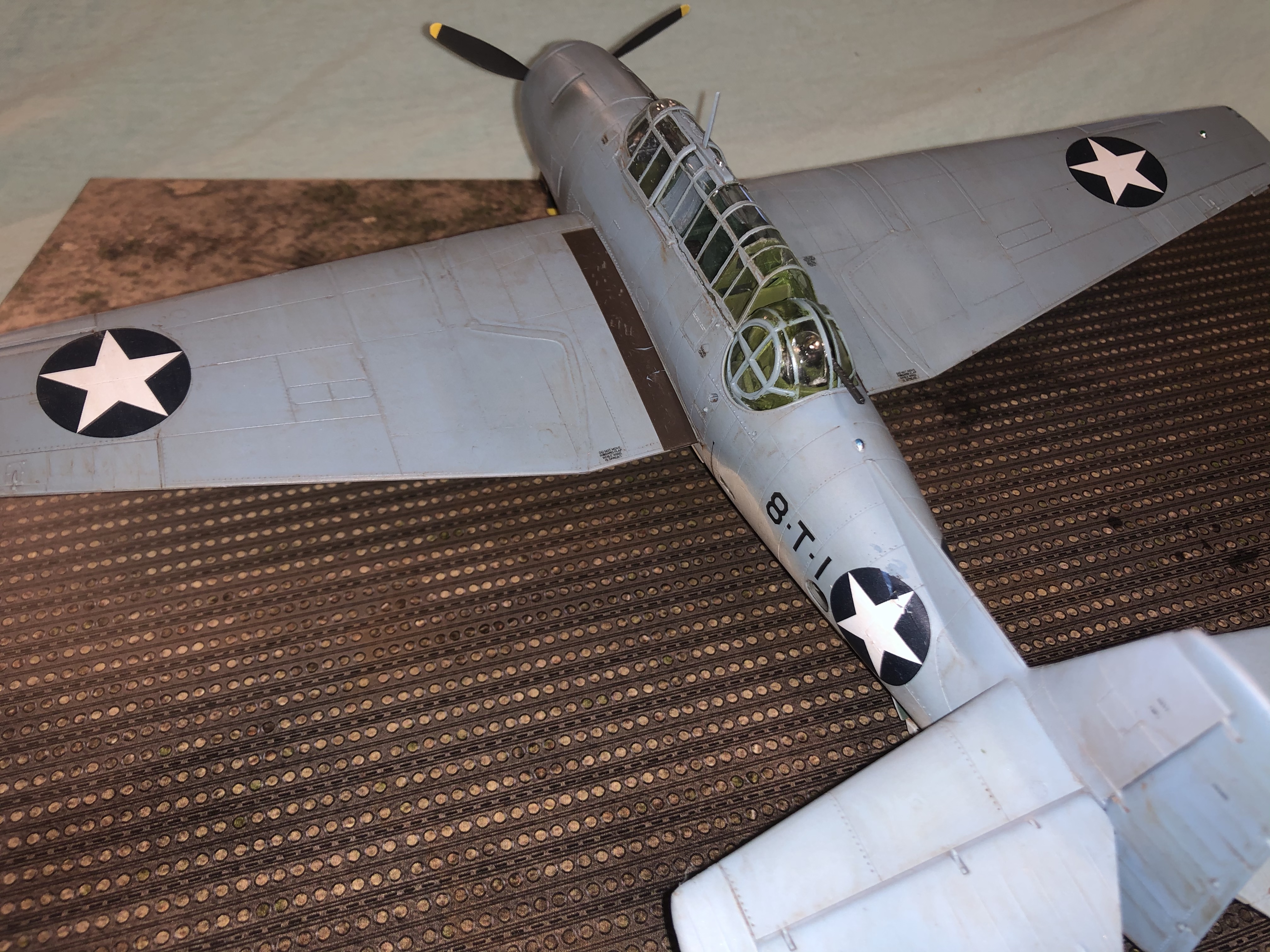 Let me back up a step and explain.  Air Group Eight was formed in 1941 as the Air Group on the new USS Hornet (CV-8).  Torpedo Eight was specifically the torpedo squadron part of that group.  In March of 1942 the Hornet departed Norfolk, Va for the Pacific.  But because brand new TBF Avengers were expected any day (to replace their TBD Devastators) the squadron was split in two.  Seventeen crews, the more experienced crews, to man the 15 TBDs left with the ship.
The rest of the Squadron stayed behind until their Avengers arrived.  Then, after brief familiarization they departed for Pearl Harbor in a race to catch up with Hornet. (seriously, I can’t find exactly how many planes or men!  But it was filled up to 15 or 20 Planes before departing).
But no matter how much anyone in Torpedo Eight, or on board Hornet might have wanted newer planes before sailing into battle, it wasn’t to be.  The detachment was on Ford Island, declared combat ready, the day after their ship departed for Midway.
On that day, May 31, 1942, they were ordered send six planes to re-enforce the air group on Midway Island.  Lt Langdon K Fieberling was named commander of this small group.

June 4 was the day of the Battle. Once the Japanese air strike was sighted all bombers on Midway departed on a reciprocal heading to find the carriers. Unfortunately Midway’s fighters were scrambled to intercept the incoming strike and would provide no fighter cover. So when the six Avengers located Japanese carriers they, like most American bombers that day, attacked without escort.
It should come as no surprise that six unescorted torpedo bombers did not fair well against the Japanese combat air patrol. They were a bit faster than the TBD Devastators, and their timing coincided with four B-26 Marauders making a similar attack. But neither of those considerations was nearly enough to make a difference. Five of the six Avengers were shot down, no hits were scored. But the plane flown by Ens Bert Earnest flew on. With the turret gunner killed and hydraulics shot out, Ens Earnest flew the plane with only trim controls back to Midway. When setting up for landing the right main gear wouldn’t come down. This was extra exciting because Ens Earnest had tried to drop his torpedo at about the same time the hydraulics were lost, so he wasn’t sure if he still had a live warhead in the bomb bay. Bailing out was not an option, Ens Earnest and his radio operator Harry Ferrier were both wounded (and Earnest couldn’t be sure if turret gunner Jay Manning was still alive).
The rugged Avenger, Bureau Number 00380, the first TBF-1 off Grumman assembly lines, held together through the crash landing. It never flew again, but it did provide a treasure trove of data to Grumman engineers when it was returned to them!

After the War, Bert Earnest and Harry Ferrier were invited to speak at a historical forum. They were in the back of the auditorium when George Gay was introduced as Torpedo Eight’s “Sole Survivor”. Earnest explained to those nearby, “we’re the other ‘Sole Survivors’!”*

This is the TBF-1 flown by Ensign Earnest that day, it is the Accurate Miniatures kit with Yellowhammer Decals. Accurate Miniatures only did the TBF-1c and TBM-3, so I used a conversion set by KMC to backdate the TBF-1c to a TBF-1. There were a few changes to fuselage windows, but the most obvious difference is the forward armament. Starting with the TBF-1c all Avengers had a .50 in each wing, this was mainly meant for clearing the path ahead on a torpedo run. The two .50s would at least force enemy gunners ahead of them to take cover. It was also useful for close support work, and those rare occasions when an Avenger caught an enemy search plane or bomber. This firepower came about specifically because the single .30 in the nose of the TBF-1, as seen here, was found to be woefully inadequate for the job. Apart from some electronic and instrumentation upgrades, this change in firepower would be the most significant in the whole run of Avenger production. So removing the wing mounted guns, and substituting a new right cowling piece is the most obvious part of the conversion.

*The account of Ens Earnest’s attack is condensed and paraphrased from “A Dawn Like Thunder” by Robert J Mrazek, previously reviewed here.