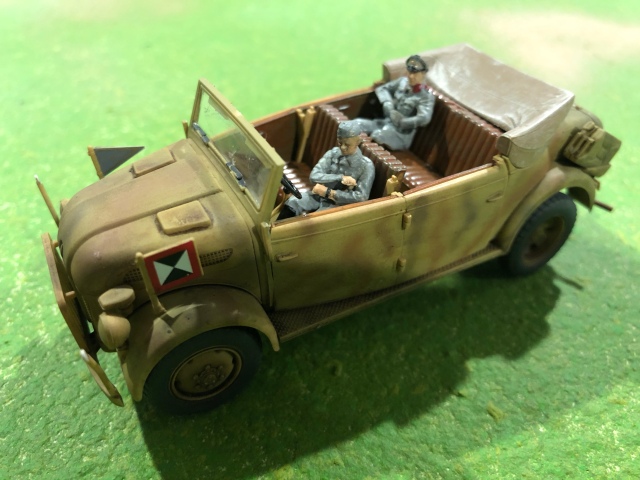 Let’s take a quick look at one fairly unremarkable example from the Wehrmacht. (gee, you think this might be a short post?!)

Steyr was a part of the Daimler-Benz firm based in Austria.  They were a supplier of armaments going back to the days of the Astro-Hungarian Empire and began producing cars and trucks in the inter-War period.  During World War II their claim to fame (or infamy) was as the first major user of slave labor from concentration camps.  They even pioneered company housing (!) to reduce transportation cost and security problems associated with getting the work force to work. 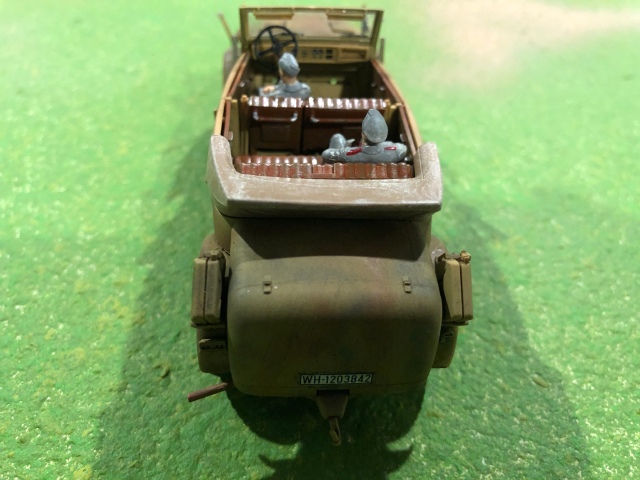 Early in the war Steyr introduced the 1500A family of light trucks.  The Wehrmacht came looking for a command vehicle to move VIPs with the troops, in style.  Steyr responded with the Kommandeurwagon, a rebodied version of their light truck.  Instead of eight troops it would carry four passengers, plus driver, on luxurious leather seats and a roomy interior.  The front passenger seat could even lay back fully flat so high ranking officers could have a bed anywhere they might be on the go.  Sort of an early CUV.

This is the Tamiya kit.  It was almost trouble free, except I seem to have lost the alignment screws that join frame to body.  I decided to just glue the parts in place, but something must have slipped while drying (that’s a nice way of saying I screwed up!); getting the alignment straight cost 2-3 days.
Which leads to a funny thing.  I’m sure no one actually cares (!), but I’m pretty OCD about always working on things in order; that shows up here as the order in the “On My Workbench” section over on the right margin.  Even when that B-29 was a roadblock in the first spot for two years.  During my working career the third slot was mostly “on deck”.  You know, I rarely did much more than look at the plastic and instructions before it moved up to the second spot.  Well, retirement has been good to me!  It allows for much longer working sessions when I actually am at my workbench.  So I believe this is the first time ever that a kit in the third slot was finished before anything else!  For now, things are moving fast and I feel like I’m getting a lot done.  Look for a Mosquito in a couple days and the P-38 next week.

This vehicle served in the Ardennes, during the Battle of the Bulge.  I don’t see listed anywhere who the VIP associated with this car was, but given that most of these kits are based on well photographed or even preserved examples there should be information out there. I would love to hear from any reader who might know more about it. 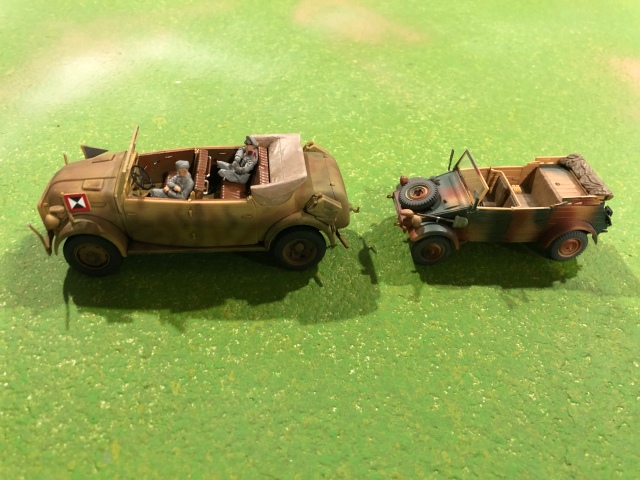 So I think the way the math works is simple, the more stars on your shoulders the better the chance you can trade your kubelwagon for a kommandeurwagon…

I'm 5o-something years old and live in Ypsilanti, Michigan. I'm happily married to Jodie. I was an air traffic controller for 33 years and recently retired; grew up in the Chicago area, and am still a fanatic for pizza and the Chicago Bears. My main interest is military history, and my related hobbies include scale model building and strategy games.
View all posts by atcDave →
This entry was posted in Germany, Vehicle and tagged Scale Models, World War II. Bookmark the permalink.

10 Responses to Steyr 1500A Kommandeurwagon