Every combatant had some light vehicles designed with speed and communications as their function.

Let’s take a look at a common sight everywhere British and Commonwealth forces fought from Sitzkrieg to VJ Day and beyond.

This subject was another of those discovery sort of projects for me.  I was broadly aware of the existence of light armor, but mostly ignorant on details.  I started with trying to figure out what this subject actually was.  The kit manufacturer calls this a “British Armored Scout Car Dingo Mk II”.  Obviously the Japanese company meant this for the American market (not “Armoured”?).
Another case of no manufacturer listed.  Wikipedia didn’t, at first, help me much.  But I poked around on what seemed to be related posts until I came to realize Daimler was a British company.  Well huh.  I guess I can plead ignorance as a Yankee; but seriously, I like cars.  How did I not know this? As near as I can tell the British Daimler is no relation to Daimler-Benz.  Apparently in 1896 a British businessman thought it was a good idea to start his automotive engineering company by buying the naming rights from the famous German engineer’s company.  This company existed until after World War II when, through a series of buy outs, the brand came to be owned by Land Rover/Jaguar.  Which is where things now stand. Could this be why Daimler-Benz brands their cars Mercedes? I really don’t know! I’d love to hear from any readers who know more of the story. 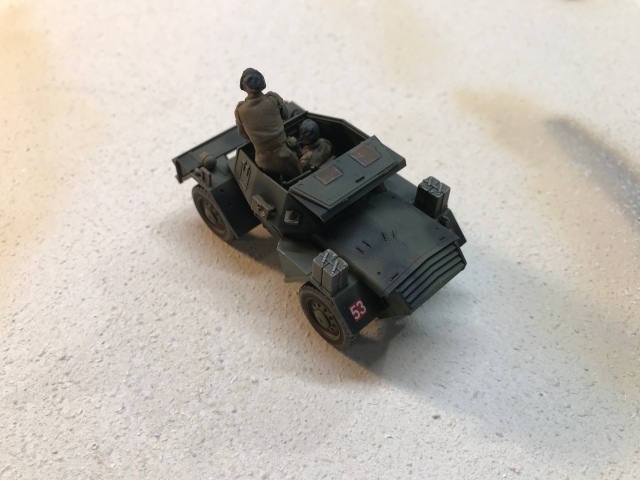 The flat pieces behind the crew compartment are an armored roof , so the crew can be completely enclosed if they’re trapped in a fire fight.

This particular little beast was the result of a 1938 design competition.  But the company who won the competition lost the bid to manufacture, so it became a Daimler.  Funny thing, the “Dingo” name was then pilfered from a completely different design that lost the competition.
This Scout Car could almost be thought of as a Jeep with splinter protection.  It is small, quick and quiet.  Its large tires are run flats, mostly solid rubber with no air at all.  The front armor is up to 30 mm thick, which is protection against most man-portable weapons.  The Dingo had a 55 hp engine for a top speed of around 45 mph. Its suspension and AWD transmission were considered cutting edge at the time.  The Mk I Dingo even featured 4-wheel steering, but this was dropped for the Mk II because it was troublesome and hard for young drivers to get the feel for.
The Dingo had a two man crew but no mounted armament.  There were firing ports, so personal weapons could be used even when the vehicle was buttoned up. Its main function centered around its radios.  Apart from its intended function in scouting, it became quite popular as a command vehicle, especially in armored units. 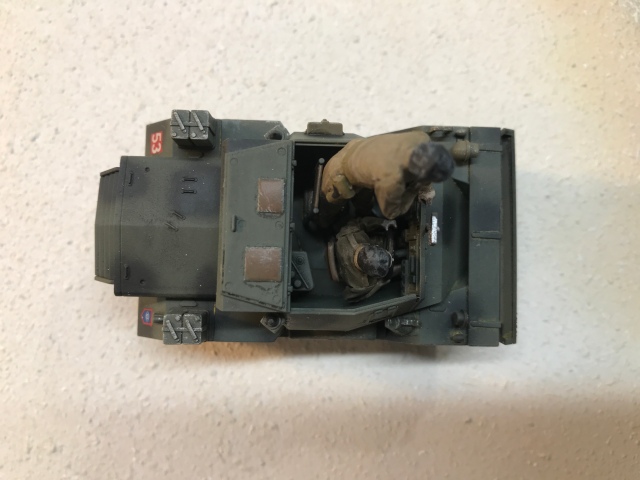 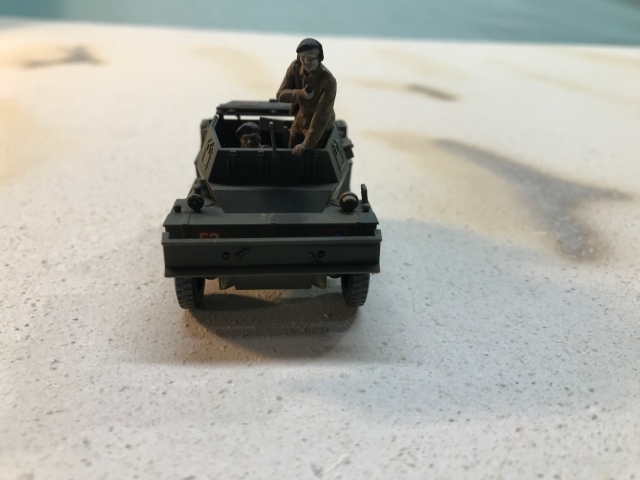 Over 6000 units were built by Daimler.  When demand exceeded this, Ford of Canada acquired the rights and built the similar Lynx; which was slightly bigger in every dimension but much more powerful with a 100 hp Ford V8.  3000 Lynx were built. 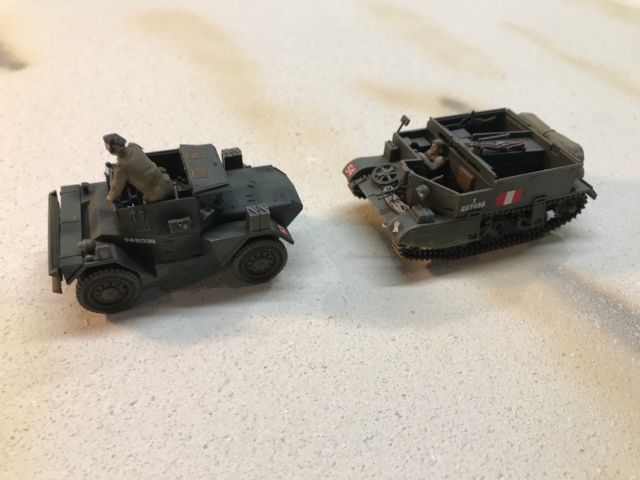 The British Army had a number of light armored vehicles such as the Universal Carrier at right.  Most armies had some such vehicles, but I know of no equivalent in US hardware. 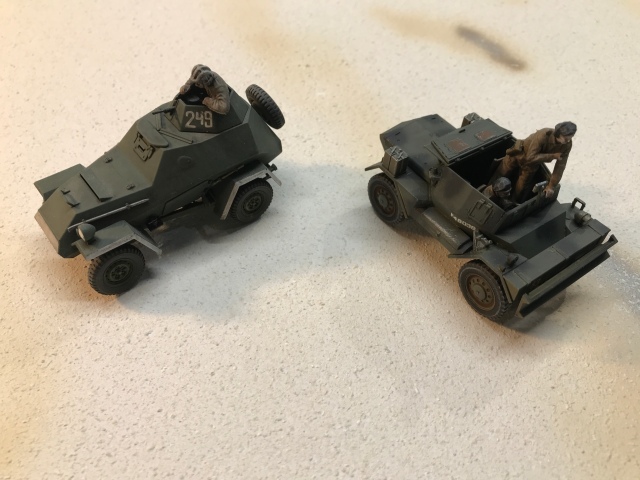 This kit was by Tamiya.  It was an easy and thoroughly enjoyable build.

I'm 5o-something years old and live in Ypsilanti, Michigan. I'm happily married to Jodie. I was an air traffic controller for 33 years and recently retired; grew up in the Chicago area, and am still a fanatic for pizza and the Chicago Bears. My main interest is military history, and my related hobbies include scale model building and strategy games.
View all posts by atcDave →
This entry was posted in Armor, Britain and tagged Scale Models, World War II. Bookmark the permalink.