One of the ubiquitous aircraft types of World War II, the Il-2 Sturmovik was used in mass formations over the eastern front to wreak havoc on German armor. 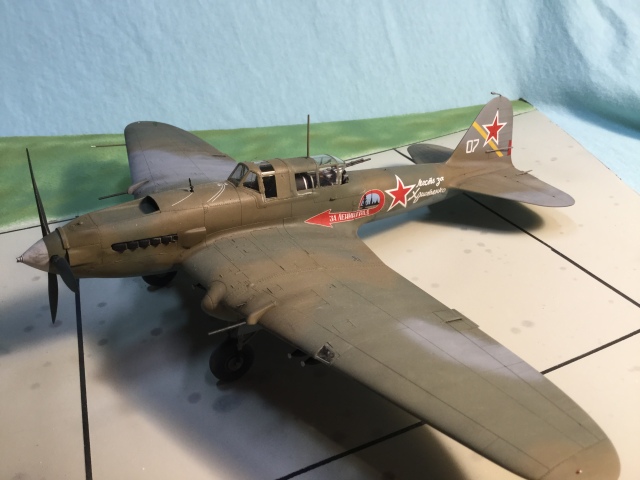 It was just entering squadron service when Germany attacked in June of 1941.  Within a few days operational aircraft were rushed in to combat.  But with no specialized crew training the type suffered massive casualties for little effect.  During the rapid Soviet arms build up that followed, production of the Il-2 lagged for a while.  After a letter was sent from Stalin to the factory manager responsible stating the type was as key to the Red Army as bread or air, and current production was unacceptable; production delays seem to have been resolved and the type became available in increasing numbers.

The Sturmovik was an unusual design. The engine, crew and fuel were housed in an armored shell.  This shell was monocoque, that is, structurally load bearing.  This was unique for a World War II aircraft, all other types with armor utilizing appliques over or inside the air frame structure.  This made for a very sturdy aircraft; but also a heavy structure that carried less ordinance than other similar sized planes. 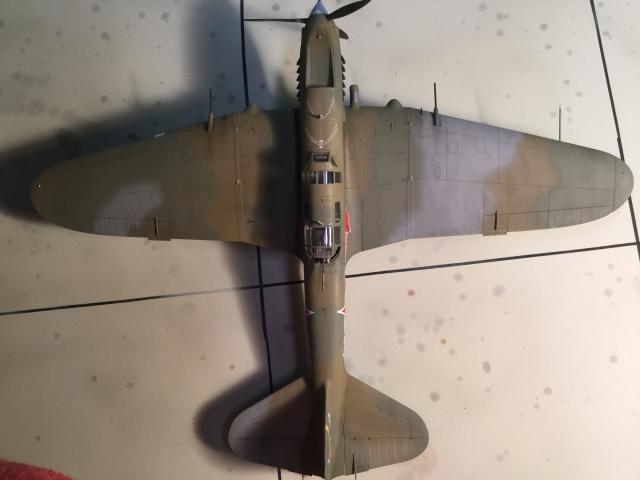 The Il-2 went through several upgrades during production.  The most obvious to an observer would be the addition of the rear gunner and aerodynamic improvements including a swept outer wing.  Other changes being a switch from 20 mm cannon to a 23 mm weapon; and extension of the armored shell to protect the rear gunner.  Apparently the Soviets did not officially make any change to the type designation with any of these changes, and all Sturmoviks should just be called Il-2.  Post-war western writers usually use a couple conventions to designate these upgrades; the addition of the rear gunner makes the type an Il-2m (for “modified”) while the swept wing makes it an Il-2m3.

Analyzing the Sturmovik’s performance is not easy.  The Soviet’s did not make any meaningful data available, really at any time.  So we must rely heavily on the “losers” data* and commentary to sort things out.  German AFV crews seem to have never considered the Sturmovik a serious threat.  They always list Anti-Tank fire, enemy AFVs, artillery and mines to be far greater threats.  In one famous example, during the Battle of Kursk, Sturmovik crews claimed 270 tank kills against the 3rd Panzer Division.  The 3rd Panzer started the battle with 90 AFV, and after ten days of heavy fighting finished with 41 operational.  270 kills is clearly a bit off base!  In general, the Germans tended to regard the Sturmovik like a biting fly; it could cause some trouble but its accuracy was poor.  The biggest threat was as an observation platform.

The Il-2 was also used as a makeshift fighter on occasion.  Never against German fighters, but it was clearly superior to bomber or transport types when it could catch them.

A late build Il-2 Sturmovik in flight (from Wikipedia)

Wing armament visible here consists of a 7.62 mm mg and a 23 mm cannon in each wing.  Experienced pilots preferred this firepower to the less accurate rockets and bombs.

This example is from the Tamiya kit.  What a terrific build! Fit, shape and detail are all perfect.  It represents a late build aircraft.  I’ll eventually try my hand at the Accurate Miniatures Il-2 for an earlier build aircraft.

The rear gunner is a very improvised sort of thing.  The “seat” is a canvas and leather strap with no other sort of restraint.  Initially the gunner sat behind the armored shell and a sheet of armor protecting the mid-fuselage fuel tank. Later build aircraft, like seen here, have the armored shell extended around the gunner’s position for some protection…   but he still sits on a strap.

*  Again, my favorite bit of non-wisdom.  “Winners write the history” is demonstrably not true on multiple levels.  The Soviets never encouraged serious historical research or writing, so most serious documentation of the War in the East comes from German sources.  Now who was it that wrote about the Peloponnesian Wars…

I'm 5o-something years old and live in Ypsilanti, Michigan. I'm happily married to Jodie. I was an air traffic controller for 33 years and recently retired; grew up in the Chicago area, and am still a fanatic for pizza and the Chicago Bears. My main interest is military history, and my related hobbies include scale model building and strategy games.
View all posts by atcDave →
This entry was posted in Bomber - Tactical, Soviet Union and tagged Aircraft Models, Scale Models, World War II. Bookmark the permalink.