The Me262 was the only jet that approached wide spread service during World War II.

After the jump, a brief look at this pioneering jet.

We’ve already looked at several early jets on this site.  But what set the Me262 apart was just how wide spread its deployment was. In addition to several test groups and special deployments, one entire Wing, JG 7, was equipped with this type.  That could have meant a couple hundred aircraft, but because of maintenance and supply problems only a portion of that was ever operational. 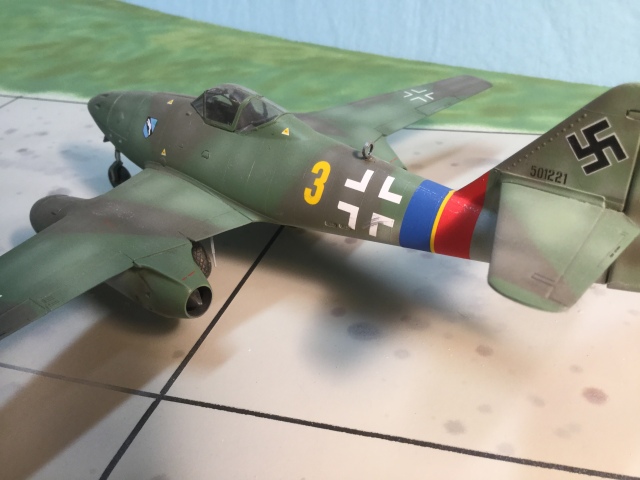 Nonetheless, about 500 kills were credited to JG 7 making it responsible for more victories with jet aircraft than all other operators combined. 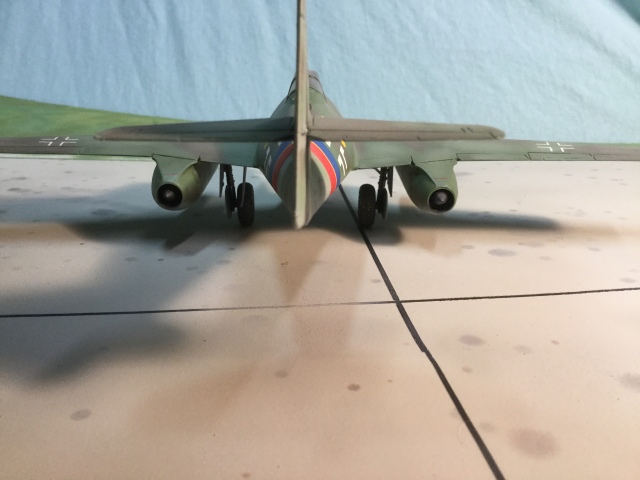 The Monogram and Tamiya Me262A-1a.  The shape is good on both, but the Tamiya is clearly more detailed and better fitting.

This build represents an aircraft flown by Oberfeldwebel Hermann Buchner who had 12 kills in the Me262, all four engine heavies.  This plane was lost on April 21, 1945 during a low altitude sweep.  It was shot down by light anti-aircraft fire, the pilot survived.

This example is from the classic Monogram kit with Aeromaster decals. It was a lot of fun building a kit like this, a relic from my childhood.  No doubt it is less detailed and less well engineered than more recent kits from Dragon or Tamiya.  But it is well shaped and builds into a nice replica.  I tried to hide a few fit problems with weathering, looking at it now I’d call the result heavy handed. But such old kits can be made to look like what they’re supposed to.

Me262 undergoing testing post-war (from airwingmedia.com) 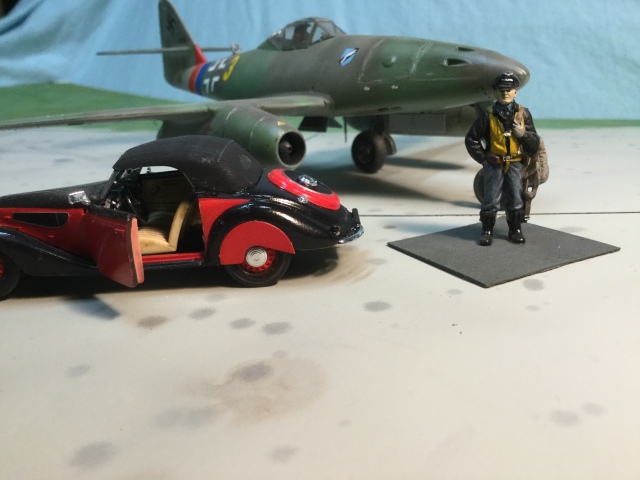