Heavy warships of every nation carried float planes into battle. 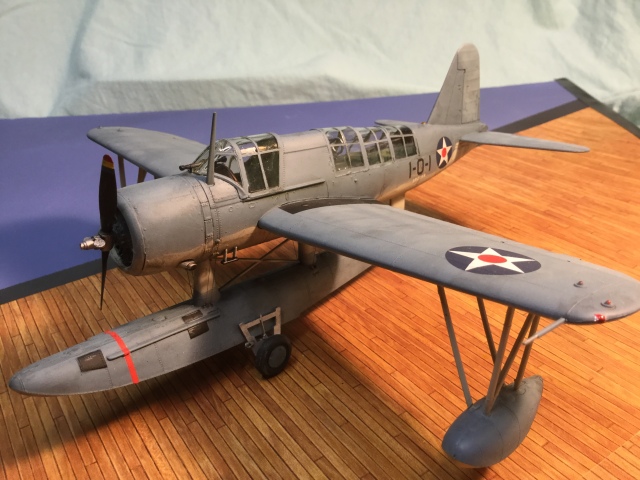 This week I’ll take a look at one such plane meant to ride with the American fleet.

Even before the idea of aircraft carriers with full strike groups, came the idea of putting an observation or spotting aircraft on a warship.  More than ashore, battleships and cruisers needed help correcting the accuracy of their guns.  A plane with an observer could help direct a ship to its target, and guide shellfire where it was meant to be. 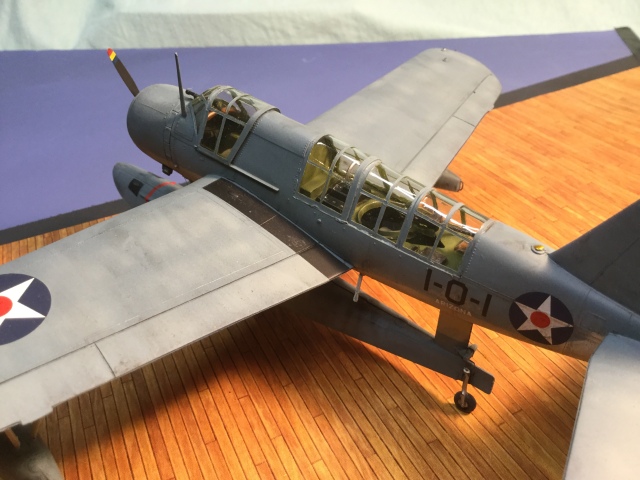 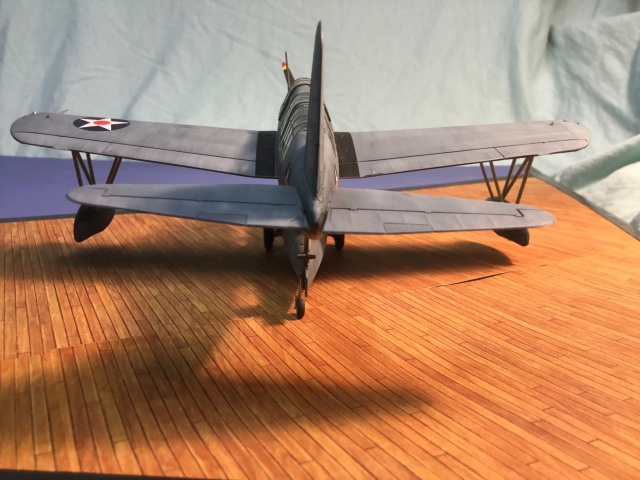 By the time of World War II every major navy had at least some ships with an on board flight department.  In US practice this meant two or three planes on every class of Battleship and Cruiser. Two types of plane were in use at the start of the war; the OS2U Kingfisher and SOC Seagull.  Those who read my earlier “What’s in a Name” post may recall that the US naval designation system for aircraft put a function code at the start of the designation.  So the “OS” and “SO” parts of these aircraft designations mean about the same thing; “Observation Scout” or “Scout Observation”.  Yes, those are different sequences. What’s the difference you ask?  Well an OS type aircraft is for Battleships while an SO type aircraft is for Cruisers.  Except the smallest of American Cruisers, the Omaha class, they got OS type aircraft.
I couldn’t make this up!  The difference was in the size of the aircraft and size of the aircraft handling equipment on the ship.  The Os2U Kingfisher was a bigger more capable aircraft with 450 horse power. 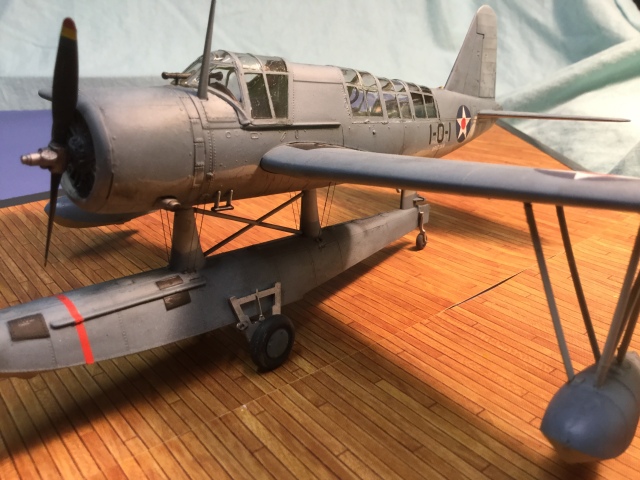 Armament on the Kingfisher was light. It had a .30 in the nose firing between the cylinders (so its invisible in this build) and another .30 for defense in the radio operator’s compartment. It could carry two 250 lb bombs or depth charges under the wings. 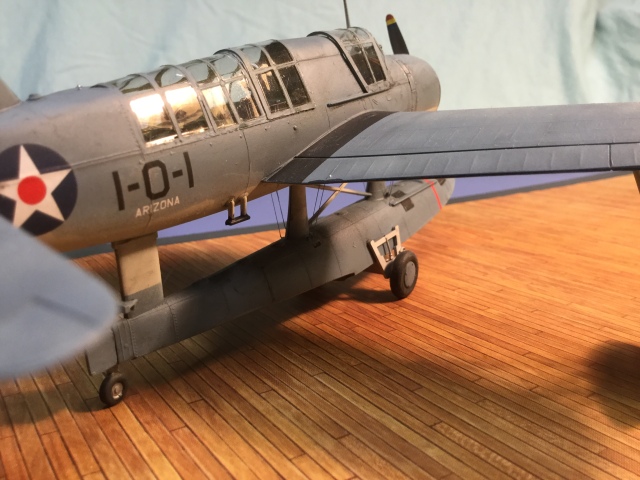 When the war started several things were quickly learned about float planes.  To start, they were highly flammable and should never be left on a ship going into battle!  Fairly early on, American ships all had gunnery radar so the float planes were not normally needed for their original purpose.  At least not in a naval battle, they would sometimes still call shot for shore bombardment.  But they kept busy with several other functions; like air-sea rescue, “inner air patrol” which was an anti-submarine patrol in close to a Task Force, and miscellaneous currier/light transport missions. In short, most of the things helicopters do in the fleet today. 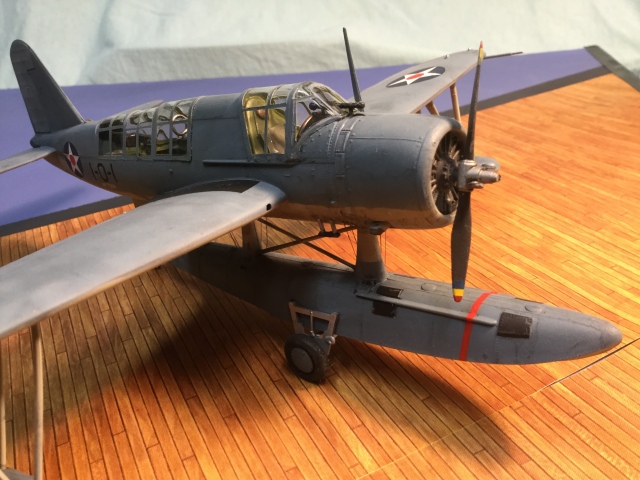 This paint scheme, blue-grey over grey, was ordered applied in September of 1941. Aircraft at Pearl Harbor were in the process of being repainted to this order on December 7. Some really nice color photos exist showing that the 1st Battleship Division aircraft were all wearing beautiful new paint in November of 1941. 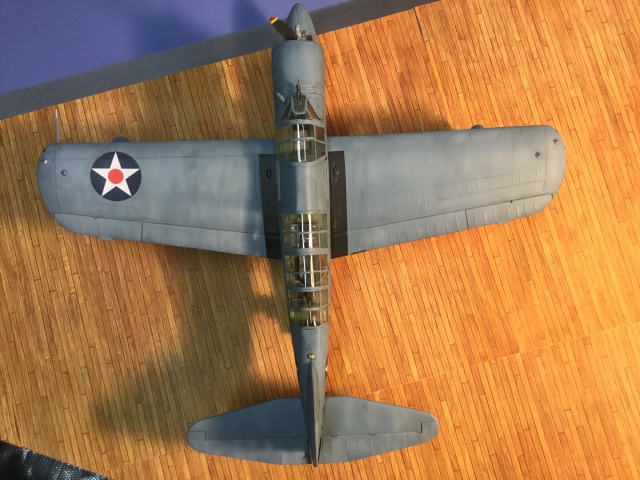 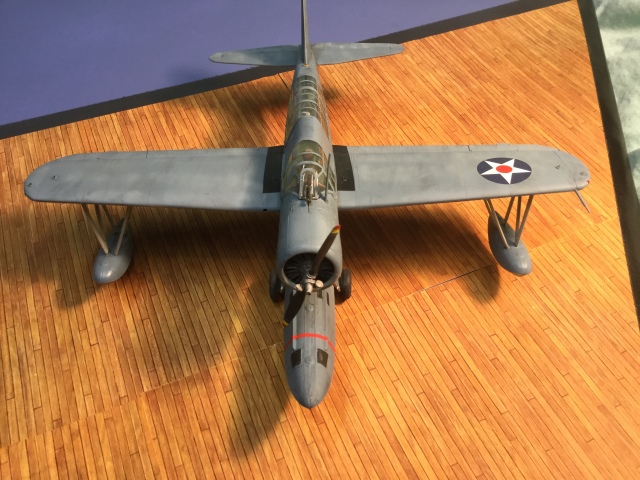 This subject is from the Monogram kit with Aeromaster decals. This is a really old kit!  Detail is crude, almost non-existent in the interior.  The float is underscale.  This type really needs a more modern kit!  But it does mostly look the part (outline is pretty good).  This particular aircraft was one of the very first American planes destroyed in World War Two, it was part of the USS Arizona air group and went down with its ship. 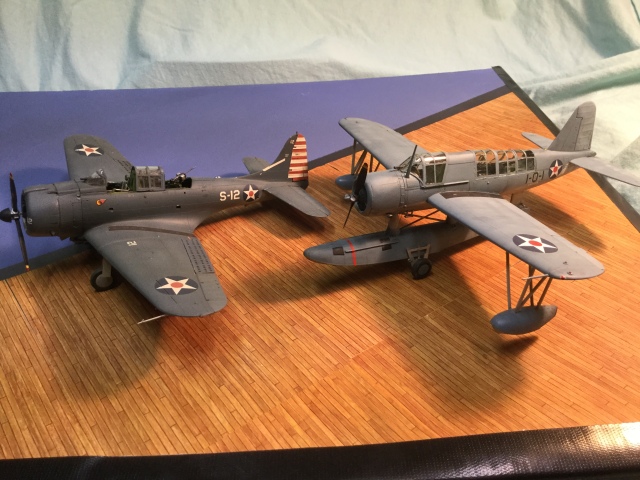 The SBD and OS2U both carry the “S” for scout in their type designations. But a “Scout-Bomber” is very different machine from an “Observation-Scout”! The Dauntless shown here had about three times the power and could carry about three times the bomb load as the Kingfisher. Both aircraft shown here are in the blue-grey over grey scheme order in September 1941; but the markings are slightly different. In January of 1942 the order went out for national insignia above and below both wings and the red and white rudder stripes all to make aircraft more identifiable. But it was soon decided that ANY red could cause confusion when facing the Japanese so in May 1942 the rudder stripes were removed and the red insignia centers were painted over in white.

One of the Arizona’s Kingfishers being hoisted back on board. (from West-Point.org)

The much smaller SOC Seagull on a cruiser catapult (from navypilotoverseas.wordpress.org)

I'm 5o-something years old and live in Ypsilanti, Michigan. I'm happily married to Jodie. I was an air traffic controller for 33 years and recently retired; grew up in the Chicago area, and am still a fanatic for pizza and the Chicago Bears. My main interest is military history, and my related hobbies include scale model building and strategy games.
View all posts by atcDave →
This entry was posted in Observation, USA and tagged Aircraft Models, Scale Models, World War II. Bookmark the permalink.