The German aviation industry was very advanced.  But they were also desperate.  So late in World War Two they pushed a number of desperation projects aggressively.

After the jump, I’ll take a quick look at an attempt at something revolutionary…   And cheap.

The initial order for the He162 is pretty amazing in its own right.  The Luftwaffe wanted a new cheap, lightweight jet fighter to supplement the Me262.  Using only one BMW003 jet engine (a less powerful engine than the Jumo004 used on the Me262) and fewer strategic materials, it had to be ready in 90 days.  The plane was to be easy to fly, so Hitler Youth glider pilots could take to the skies in hordes in the new type.  It should also be no more than two tons and be able to take off with 500 feet of runway.  I think there was something about Unicorns in there too… 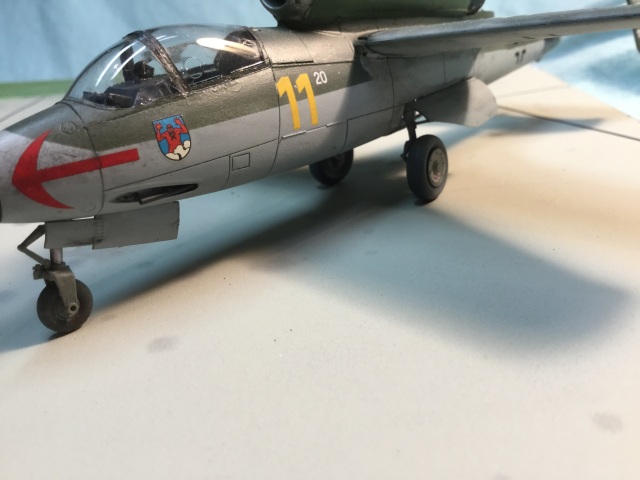 The He162 carried two 20 mm cannon low in the fuselage. The barrels are visible here just below the cockpit.

This was largely in response to the massive sweeps of long range Mustangs over Germany.  Effective bomber destroyers, with appropriate heavy firepower, simply could not survive in the same skies.  If light fighters could go after the Mustangs it might open things up for the heavy fighters to go after the bombers.  For what its worth, Adolph Galland, the head of the German fighter force, considered this a terrible idea.  He wanted more Me262 fighters and nothing else.  He considered a light fighter to be a complete waste of resources and the idea of using inexperienced pilots to be even more wasteful.

One interesting note about the name.  The Luftwaffe called the type “Volksjager”, literally “People’s Fighter”.  Heinkel named it “Sparrow”, perhaps a good name for a tiny fighter.  “Salamander” was the Luftwaffe code-name for the whole light jet project.  Funny that the one name never intended for the aircraft became the name it was most remembered by. 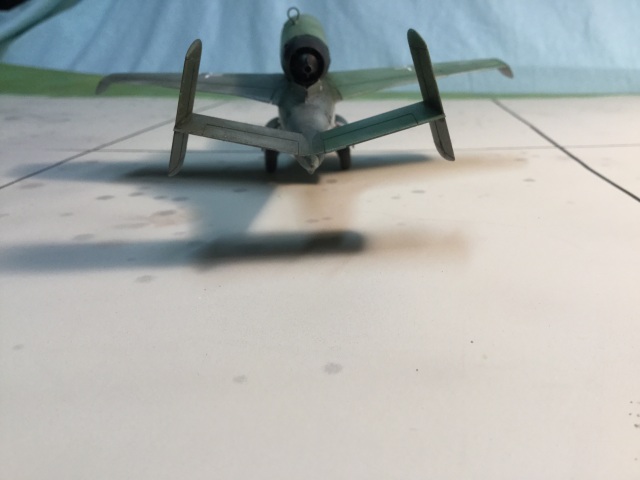 The plane was actually delivered in 90 days.  So it wasn’t quite like the F-35 program. Initial test flights showed the plane handled reasonably well and it was fast (over 500 mph at sea level).  But a couple of drawbacks; stability was weak in multiple axis and the large fuselage mounted engine blocked rear visibility. Oh, and on the type’s first big demonstration to Nazi hierarchy it fell apart in mid-air and killed the pilot. But apart from that…

This subject is in the markings of Oblt. Emil Demuth, the commander of I/JG1. He was an ace with 16 kills, but none in this type.

Apparently the wood glue being used for much of the wing and control surfaces was not up to the task.  Structural strengthening, and some changes to control surfaces did help the problems.  But the plane was not ideal for low time pilots, it needed some experience to perform well.

Deliveries started in early 1945, and JG 1 was to switch from Fw190 to the new fighter.  The 1st Group of that Wing was converted over before the end of the war, and the second group started the conversion. A few combat missions were flown.  Records are inconsistent on what actual accomplishments may have been, but at least one kill is believed to have been scored over a Tempest for the loss of 13 aircraft. 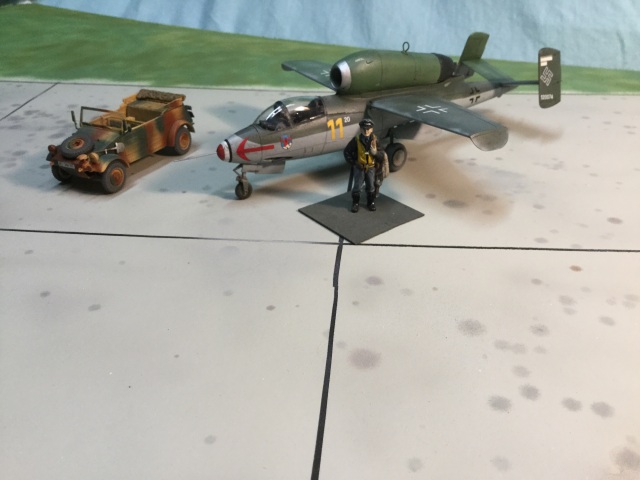 Post war the type was test flown, and famous British test pilot Eric Brown flew and liked it.  He did describe it as a little twitchy on the controls, not ideal for new pilots.  And its structural strength was always suspect.  Brown apparently warned fellow test pilot Flt Lt R A Marks to go easy especially on rudder usage; but the advice was ignored and that pilot was killed when the tail came off in flight.

The He162 was an attempt to get Me262 – like performance in a much cheaper package.
Its single BMW003 engine gives it less than half the power of the Me262’s two Jumo004 engines.

This example is from the Tamiya kit.  And oooff.  For any of you who look regularly at this blog you may have noticed this kit was listed as “on my workbench” for some four months.  That’s longer than it took to build the real thing!  Some of that is just a crazy busy summer for me that resulted in too little time for models.  But this kit is surprisingly finicky for this brand.  It is designed to display the engine compartment either open or closed, on the same build; that is, you can swap out the engine assembly with either a closed up or open for maintenance engine. But that leads to a lot of the fit in that area being pretty sloppy, or at least overly complex.  I like to display my aircraft buttoned up, ready for take off. But this kit required a lot of work to get that engine attachment to look right. Not what I expected at all!  Although I am pretty satisfied with the end result, and I think the little Salamander is a better looking type than I ever noticed before.

Fighter sweeps over Germany by large formations of P-51 Mustangs convinced Luftwaffe leadership they needed large numbers of superior aircraft. The small number of Me262 would never be enough.