The Germans weren’t the only ones exploring new jet technology during World War II.  Great Britain was also striving to put a turbo-jet aircraft in to service. 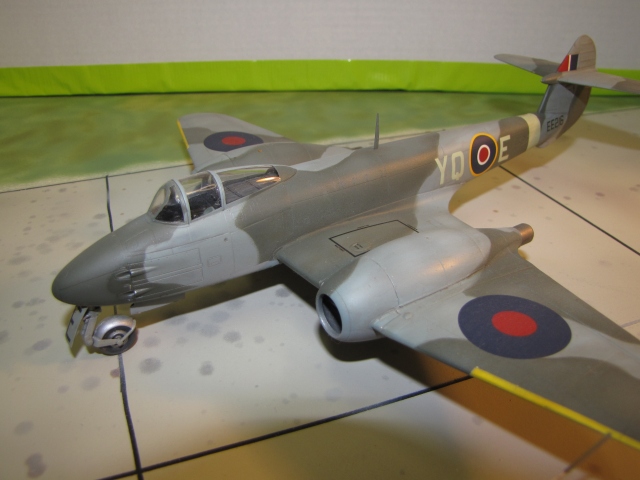 After the jump, a look at another jet that saw combat, yet is far less well known than a certain German type.

The Gloster Meteor is less well known than Me262 for a few reasons.  For one, it was a more careful and cautious sort of project.  It relied on proven aerodynamic and airframe technologies. 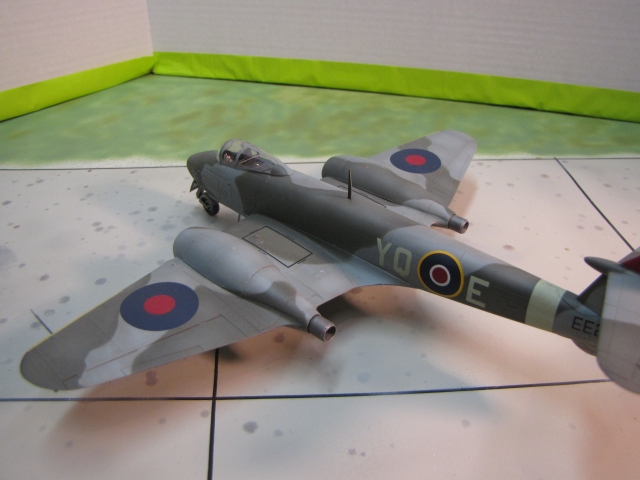 Another is that the British carefully shielded it from combat over enemy territory.  They took this so far, that the only air to air combat it saw was against V1 Buzzbombs targeting London.  Very late in the war it flew some close support type missions, that were possibly more about post-war bragging rights than any actual need. 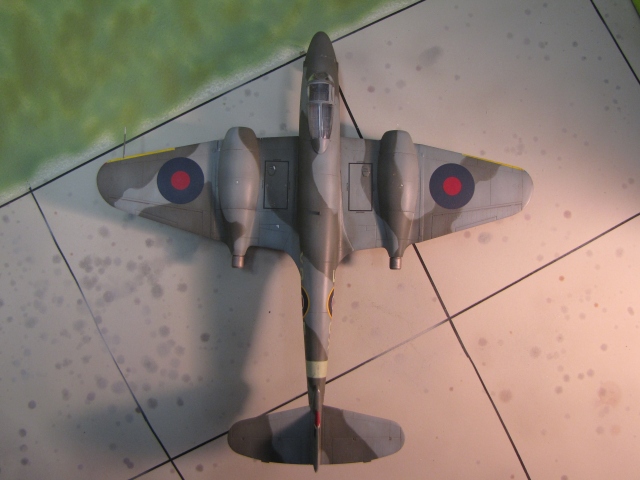 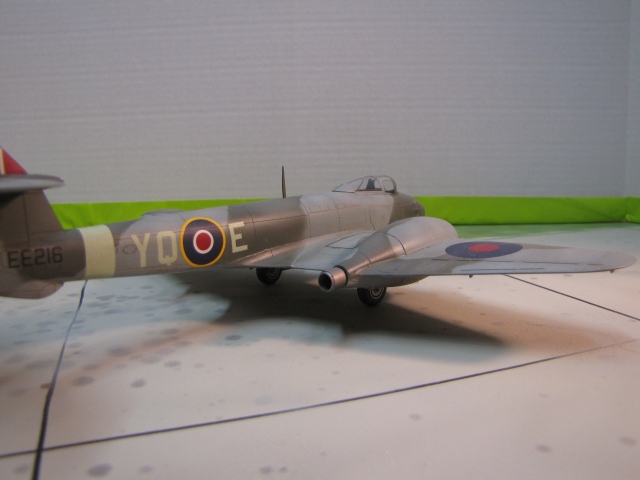 The engine and airframe both were improved over time.  Early Mk. I Meteors used a Rolls-Royce Welland engine that was a direct development of the pioneering Whittle engine.  This initial engine only provided a top speed a little over 400 mph.  During Mk. III production an upgraded Derwent engine was introduced and top speed approached 500 mph.  Post-War growth would see speeds near 600 mph.  Gloster Meteors were retired from RAF service in the 1980s.

This was all done more carefully than such German programs, resulting in a much more reliable and long lasting engine.  Of course the British weren’t as desperate as Germany late in the war, so the British jet program led to a more practical design.  Adolf Galland was in the unique position of having led large forces equipped with both Me262 (as the head of all Luftwaffe fighter groups, and later commander of the elite JV44) and Gloster Meteor (as the post-war commander of the Argentine Air Force) and he had some strong feelings about both types.  He felt the Me 262 was a superior performer; better in the air, better in a fight.  But it was a poor aircraft to build an air force around.  It was horribly unreliable and difficult for new pilots to fly.  For actually running an air force it wasn’t even close, General Galland considered the Meteor the better aircraft.

The Gloster Company was a major manufacturer of aircraft and components during World War II. But their design department only saw two of their own types enter service; the Gloster Gladiator and Gloster Meteor.
This one manufacturer represents the extremes of WWII aircraft design.

Only two jet fighters saw widespread service in World War II. The traditional looking Meteor, and the radical shark-like Me262.

This subject is from the Tamiya kit.  It represents a No. 616 Sqn aircraft flown by Flying Officer Dean who scored the type’s first kill.  On August 4, 1944 F/O Dean intercepted a V1 inbound to London, but his guns jammed with no hits scored.  So Dean maneuvered his wing tip under the V1’s wing to generate turbulence that caused the missile’s guidance system to malfunction and flip the little bomb on its back and crash short of the target.  Meteors went on to destroy a further 13 V1 missiles with gun fire.

15 Responses to Gloster Meteor Mk I