When the Devastator was introduced in 1937 it was the most modern torpedo Bomber in the world.  But by the time World War Two broke out it was due for replacement.

After the jump, a brief look at one of the types that had to make do, until a much needed replacement was available.

The late 1930s were a time of very rapid aviation advances.  Like electronics today, imagine how obsolete you’d be using an original iPhone now!  So too the Devastator had gone from state of the art to has been in just a few short years.  When introduced in 1937 it was the first Naval aircraft in the world to feature monocoque construction, retractable landing gear and enclosed crew quarters.  It had a maximum speed of over 200 mph and a range of over 400 miles. 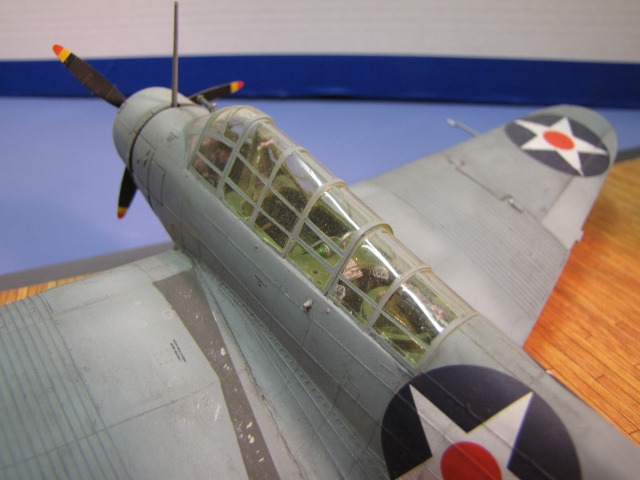 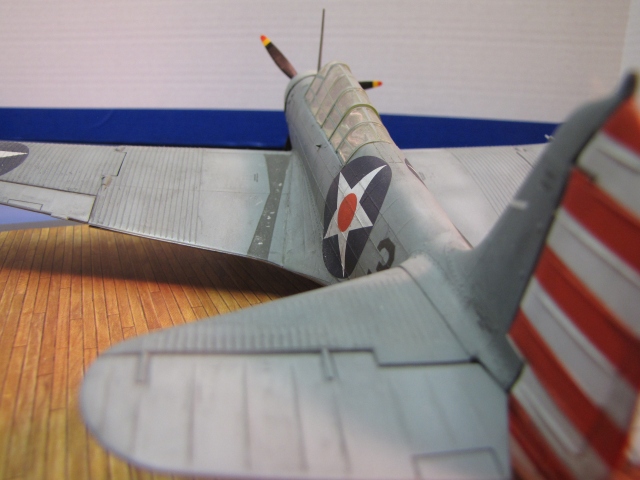 When the war broke out its replacement, the Grumman TBF Avenger was in the pipeline and offered dramatic improvements.  It cruised 70 mph faster and had twice the range.  It was also more robust and better armed.  But it would take until June of 1942 before Avengers could work their way into combat units, so the Devastator soldiered on.  It performed as a bomber and torpedo plane, capably, as it was designed to do. 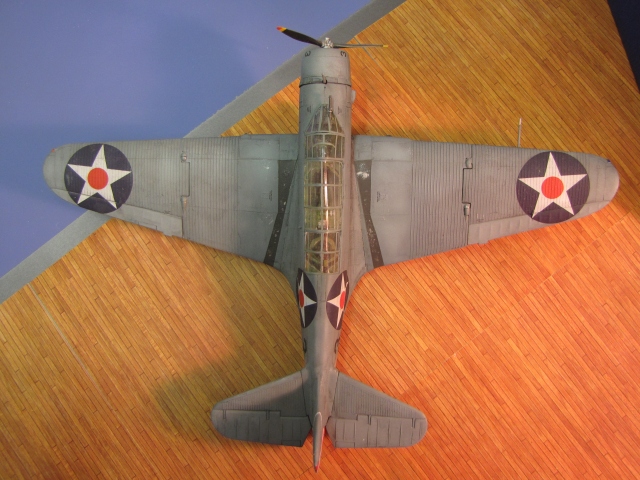 Until it met with disaster at Midway.  Many readers will know the story, in 30 minutes of attacks, mostly without fighter escort, 41 TBDs from three squadrons attacked the Imperial Fleet.  They scored no hits and lost 35 of their number.  But I always think its a mistake to lay too much blame on the aircraft everyone knew was due for replacement.  The tactical situation was terrible; only one of those squadrons came with fighter escort.  Torpedo Five off the USS Yorktown had six Wildcats of Fighting Three as protection against thirty Zeros.  But the fatal flaw was, the Mk XIII torpedo they carried had to be dropped at less than 100 kts and below 100 feet.  This was a killer.  I’m going to guess if the Avenger had already replaced those Devastators, we might have only lost 33 planes instead of 35.  It was a real improvement, but it couldn’t work miracles.  Only a Dauntless could do that…

The TBD shown here is from the Monogram kit, with decals by Superscale.  This is a classic old kit.  Not quite modern quality in terms of fit; but a good shape and detail.

A Devastator having just completed a bomb run on Wake Island, 2/1942.

The TBD Devastator next to the plane that replaced it, the TBF Avenger. 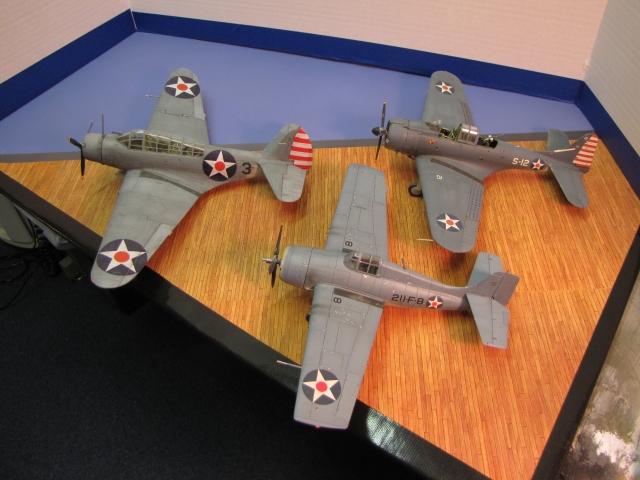 A US Carrier air group in the first six months of the Pacific War was made up of one Torpedo Squadron of Devastators, a Fighting Squadron of Wildcats, and two squadrons of Dauntlesses (Bombing and Scouting).

This particular aircraft flew with Torpedo Two on the USS Lexington in early 1942.  It carries the torpedo load out like on the morning of May 7, when it was involved in the attack on the IJN Shoho that resulted in the sinking of that carrier.

As of 3/2018, amazing color pictures from Paul Alan’s exploration of the wreck of the Lexington would indicate side numbers for Torpedo Two were apparently in white and included the “T” in front of the plane number (so this aircraft may have carried a white “T-3” instead of the black “3” shown here). I believe this went against the current marking directives. Shocking, but true, sometimes combat units did not follow all the latest directives.