The Spitfire saw service with a variety of users.  But this major wartime user may surprise some readers. Who would put stars on a Spitfire?

After the jump, an American Spit.

Lend Lease didn’t just flow one way.  Although the intent was to provide all the various allied nations with weapons and equipment from American industry, on occasion, the U.S. had needs that they expected their allies to help with.  When American Fighter Groups started organizing in Britain in 1942, it was quickly recognized the Spitfire was the best Allied fighter in theater.  Not only that, it would be the easiest fighter to maintain until the whole American supply and support system could reach full effectiveness. 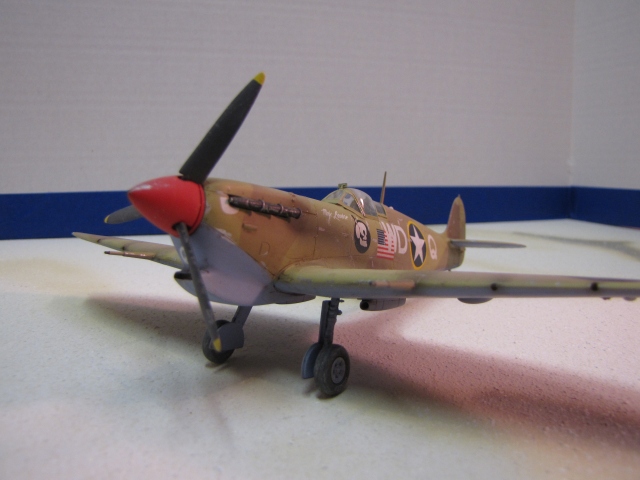 I think the British Tropical colors are their most appealing color scheme. That’s Dark Earth and Middlestone over Azure Blue.

So while many British squadrons worldwide were flying Tomahawks and Kittyhawks, it was arranged for three American Fighter Groups to get Spitfires. Two of these groups, the 31st and 52nd, were deployed first to Gibraltar, then North Africa after the Allies invaded in November of 1942.  These groups would advance with allied armies through Algeria, Morocco and Tunisia, participate in the the invasion of Sicily summer of 1943, then move to Italy late that year. 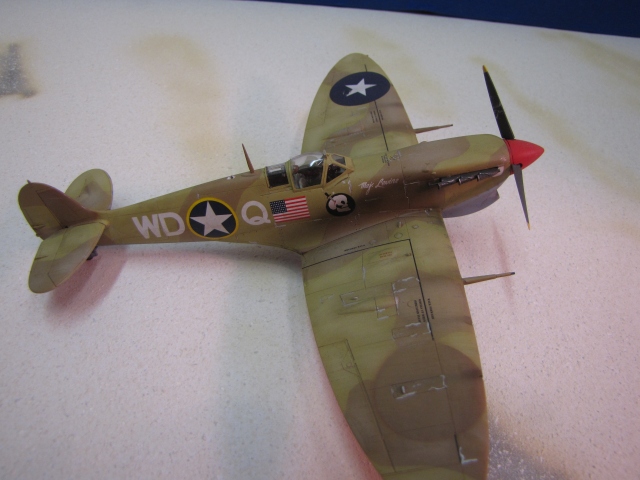 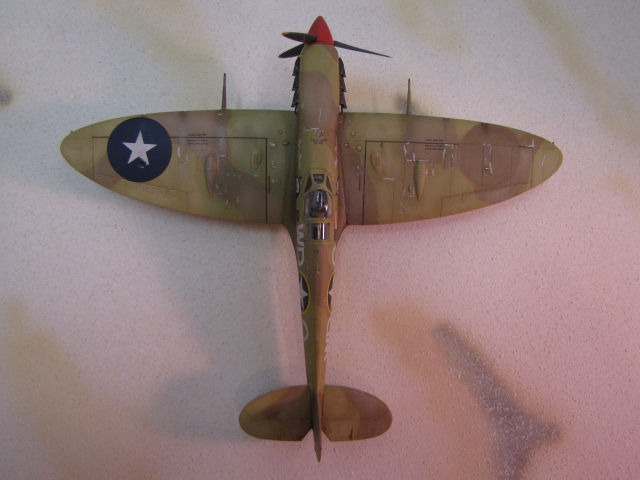 British aircraft carried roundels on both wing upper surfaces. When the 52nd Fighter Group inherited this aircraft they painted out the starboard roundel, and modified the port one into the US insignia (ish).

Eventually they would re-equip with Mustangs to participate in the strategic bombing campaign from Italy.  The Spitfire period of their operations lasted two years.

Generally they equipped with slightly obsolete, even worn out examples of the British fighter.  They also received less recognition, both official and unofficial while fighting with foreign hand me downs.  This example is from the Tamiya kit with Third Group decals.  It is a Vb “Trop”, which means it has a tropical air filter under the nose to protect the engine from too much sand intake.  Of interest is the obviously painted over British markings, and generally badly worn aircraft.  It was flown by Major Robert Levine who had three kills.

Up Next: Curtiss Hawk 75N