The very stylish, but underachieving Airacobra was the second most numerous American fighter at the start of the war. 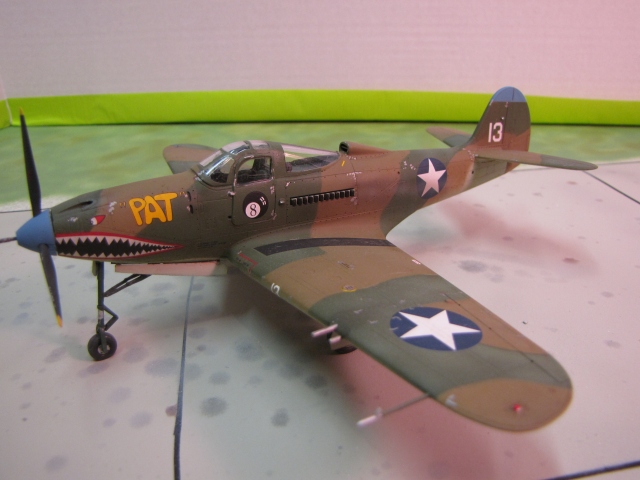 Let’s look at what was right, and what was wrong with the little Bell.

Most readers will probably know this type better under its more common designator, P-39.  But a number of Airacobras were produced for the British, then re-acquired by the US after Pearl Harbor.  These aircraft were produced closest to P-39D specifications, but not quite.  The biggest difference being a British ordered 20 mm cannon firing through the propeller hub instead of the 37 mm of the US versions.  The smaller gun had a higher rate of fire and muzzle velocity, in addition to more ammunition.  These slightly different Airacobras were re-designated P-400. 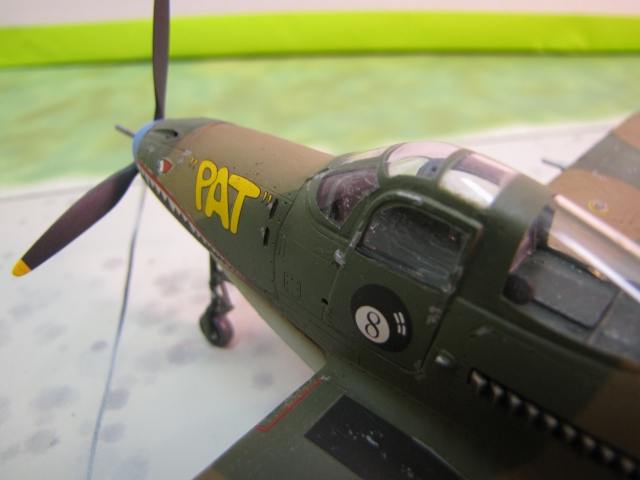 When the type was first ordered by the US, France and Great Britain it looked very promising.  It had a high top speed (390 mph for the prototype), and the engine behind the pilot allowed for concentrated firepower in the nose.  But problems arose quickly, the biggest being the decision to remove the supercharger.  As a new development, the supercharger was not quite reliable.  Every interested party wanted their new plane now, and the US government was not happy about the thought of exporting something so cutting edge anyway.  But this decision led to a sharp drop in performance above 10000 feet, and took about 20 knots off the top speed.

Notice the port side of the plane was named “Pat”, while the starboard is “Wahl Eye II”. This actually wasn’t that uncommon, as Pilots and Crew Chiefs sometimes called their planes by different names.

In late 1941 the British put their Airacobras into action, and they were apparently underwhelmed in every way.  After Pearl Harbor, the US was looking to boost aircraft deliveries quickly.  With the British already threatening to sue Bell for misrepresentation, they happily offered up their order of Airacobras.  The British planes were delivered to American fighter groups in the Pacific so quickly they were still in their British camouflage and markings.  The example seen here has had the markings painted over, but is still in British colors.  It flew with the 8th Fighter Group in New Guinea, 1942.

Only one American made ace in the Airacobra (Lt William F Fielder Jr. 5 kills).  Those who did score kills in the type wore it as a special badge of honor.  Its speed (at low altitude only) and firepower were considered its greatest strengths.  Poor overall handling, especially spin characteristics; and its complete lack of high altitude performance were considered its biggest drawbacks.  The Russians wound up as the type’s largest operator, and were actually quite fond of it.  But we’ll save that story for another day!

One excellent book I read by a pilot flying the Airacobra is “Angels Twenty” by Edwards Park.  This is a war time biography by a pilot who flew in the south Pacific, mainly New Guinea.  He described the plane as “really good at taxiing”, and stated the airport taxiways were the type’s native habitat.  When airborne, it was clear the Airacobra wanted nothing more than to return to the Earth.  This is in marked contrast to the Thunderbolt he flew later in the war, which he described as a plane that just loved being in the air.

This example is from the Hasegawa kit, and has Aeromaster decals.